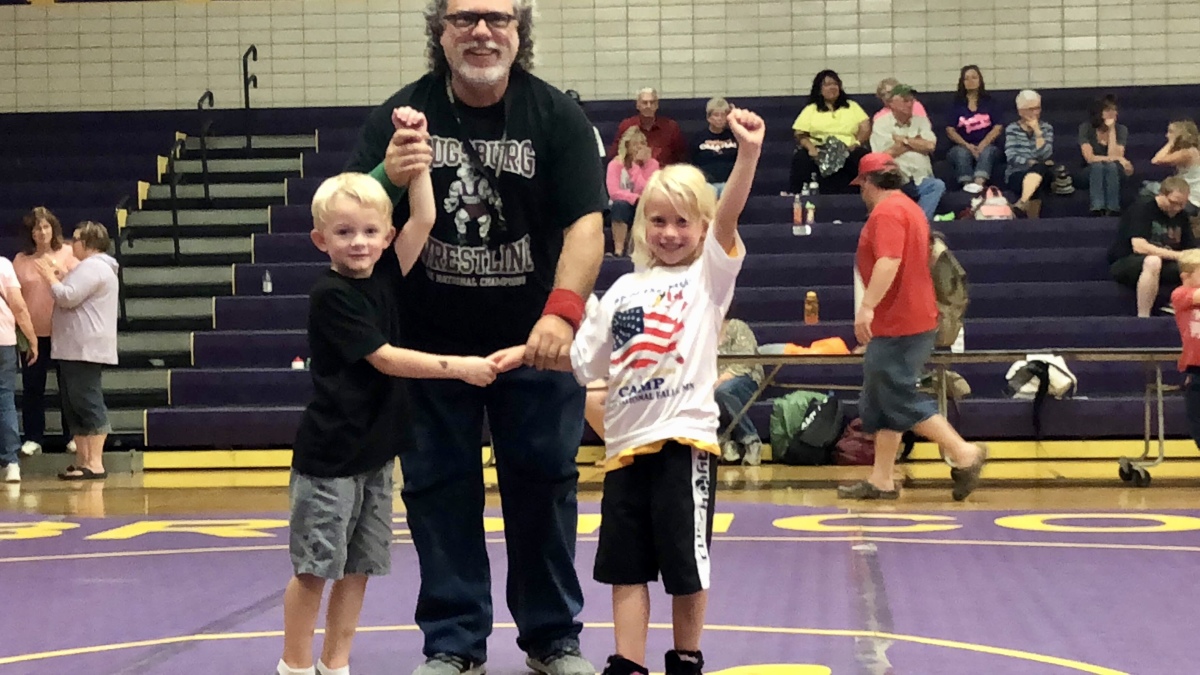 The Top of the Nation wrestling camp and outdoor tournament, which was held in conjunction with the International Falls Bass Championship, was a hit on Saturday. Despite the weather forcing organizers to move the tournament indoors, there was still a great turnout with 50 wrestlers attending the camp. Former Augsburg wrestler–and All-American– Orlando Ponce made a surprise visit as a drop-in guest coach. There was nearly three hours of wrestling matches for spectators to watch and enjoy on the day.