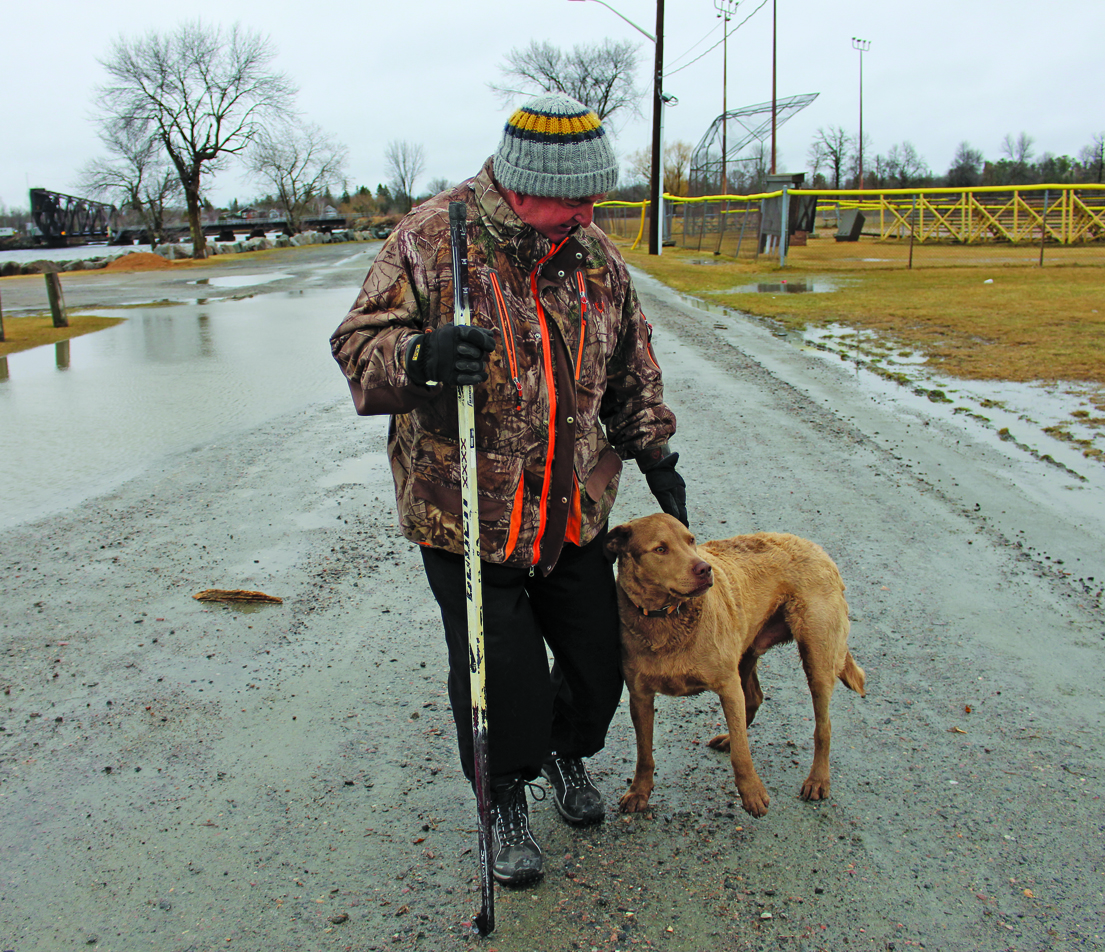 Les Baker, 63, took advantage of a break in the rain to take his five-year old dog, Ringer, for a walk at Point Park. Ringer, a Chesapeake Bay Retriever, was enjoying walking on the freshly watered ground. We may be under a stay-at-home order, but exercise and fresh air are […] 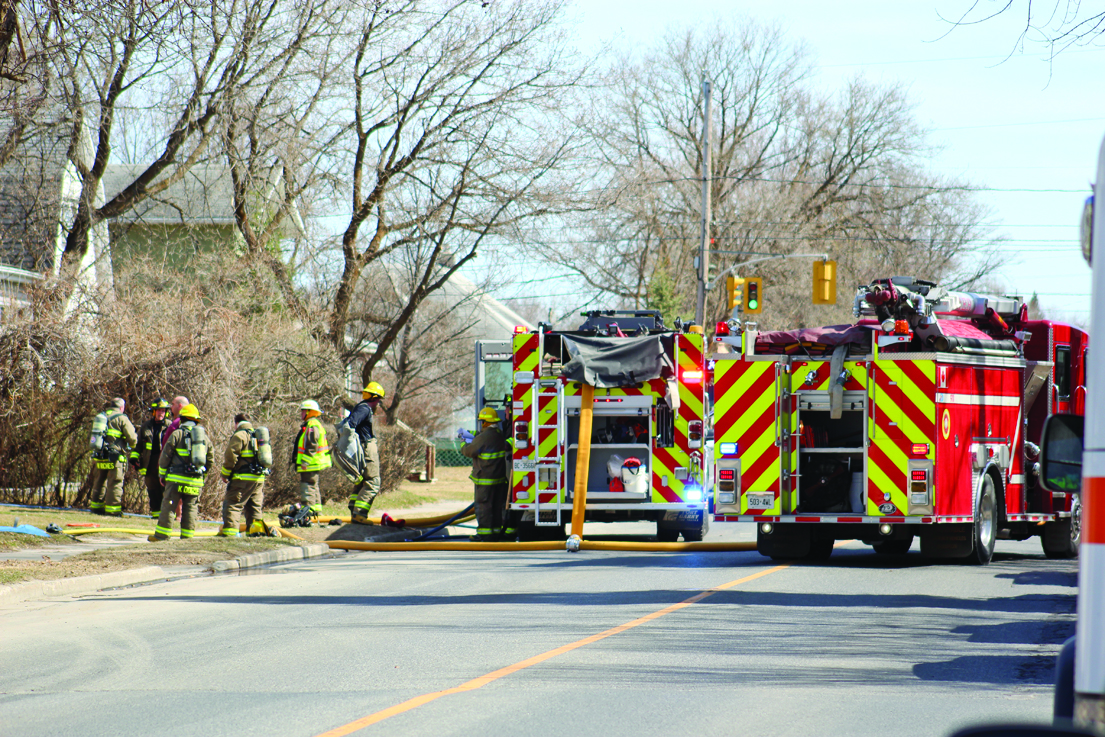 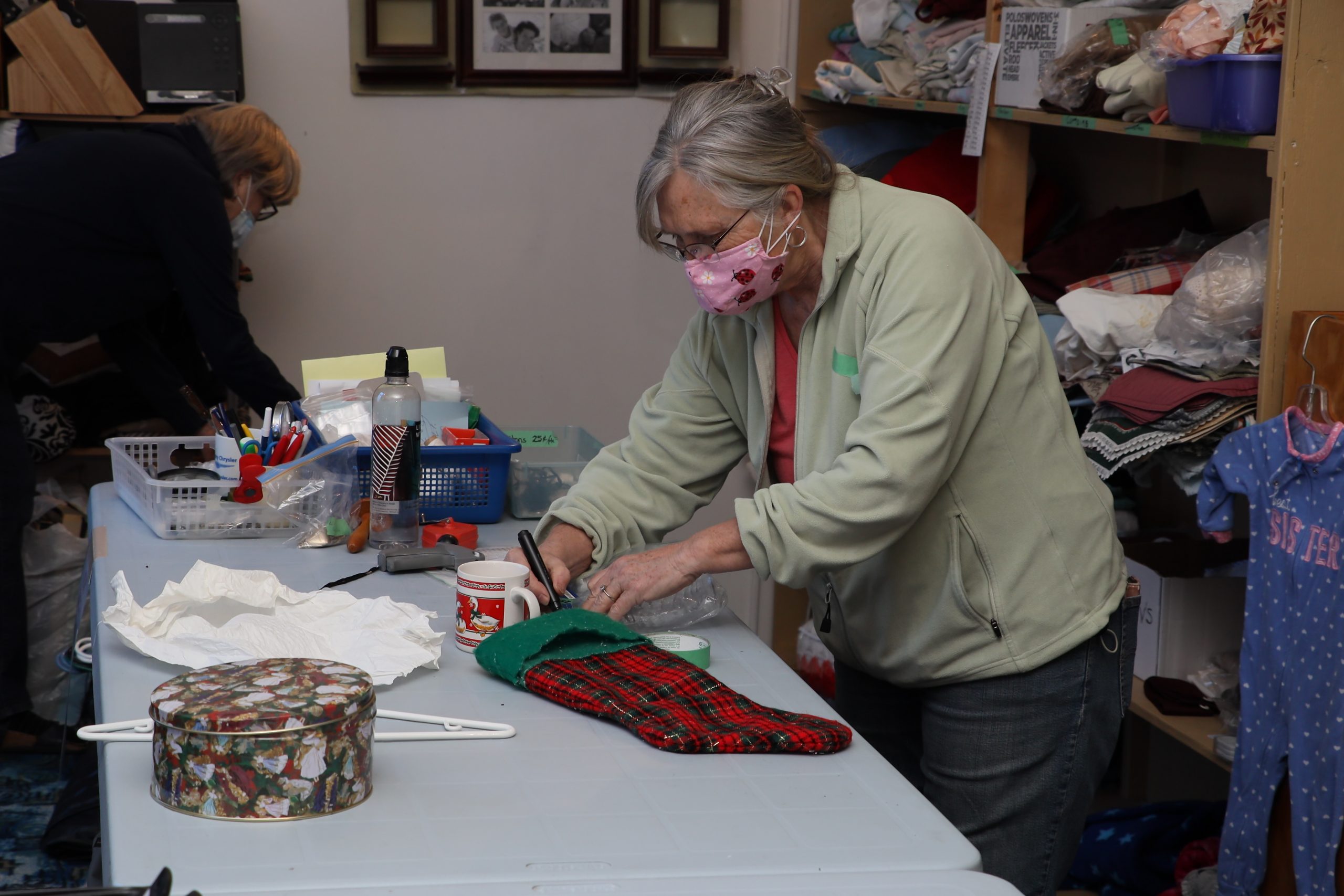 Yvonne Barron and Betty Salchert, two of 15 active volunteers, organize donations for the Emo Thrift Store before opening. The thrift store is open Wednesdays from 12 p.m. – 4 p.m. and Saturdays 9 a.m. – 12 p.m. After costs of the building and grounds are covered, the non-profit puts […] 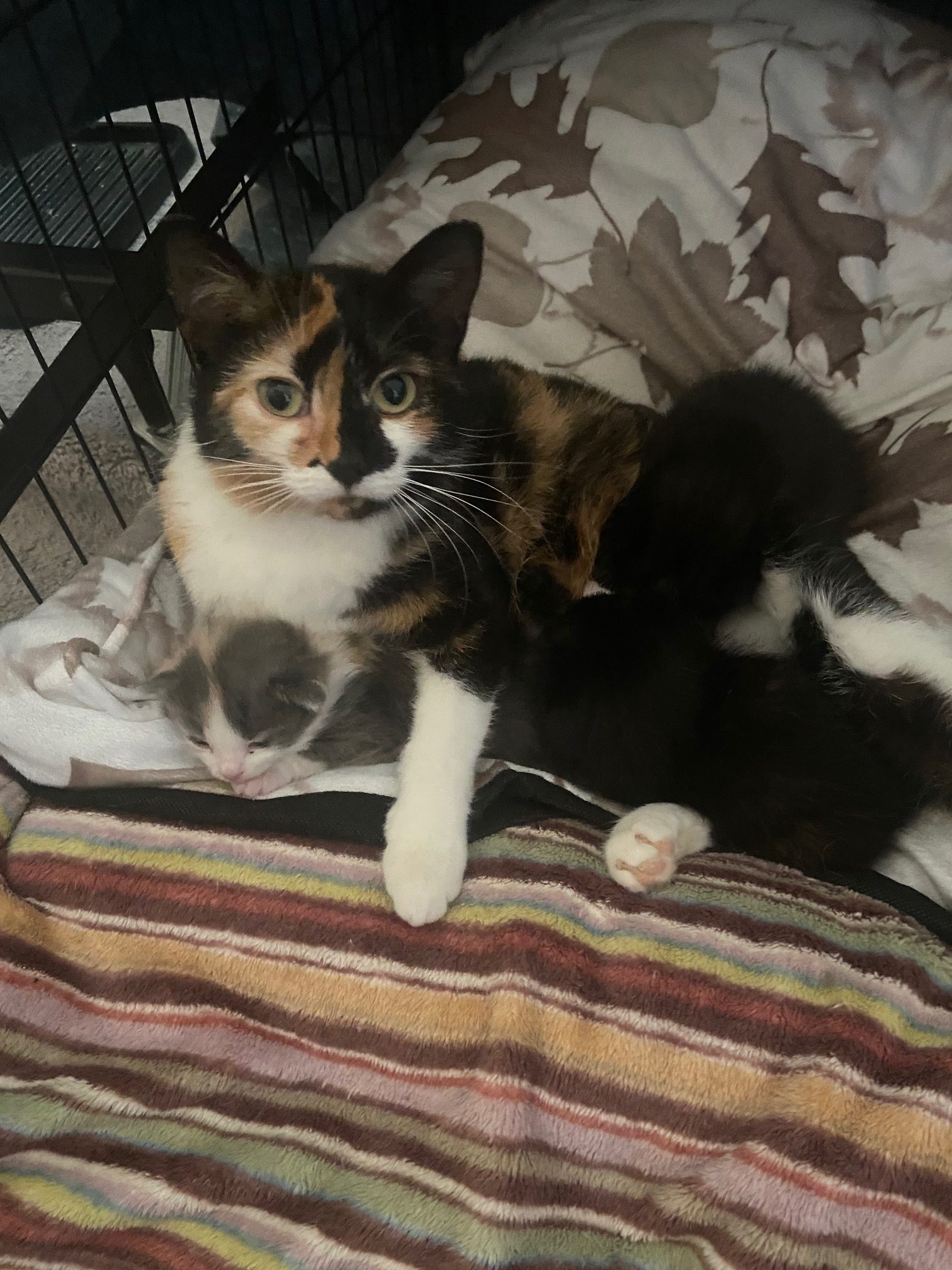 We are excited to introduce Marble. Marble is about as gorgeous a calico cat as you will ever see with a rich tri-colour coat. Marble was the last unspayed female to be removed from the cat colony in Rainy River. We had an appointment scheduled for her to be spayed […] 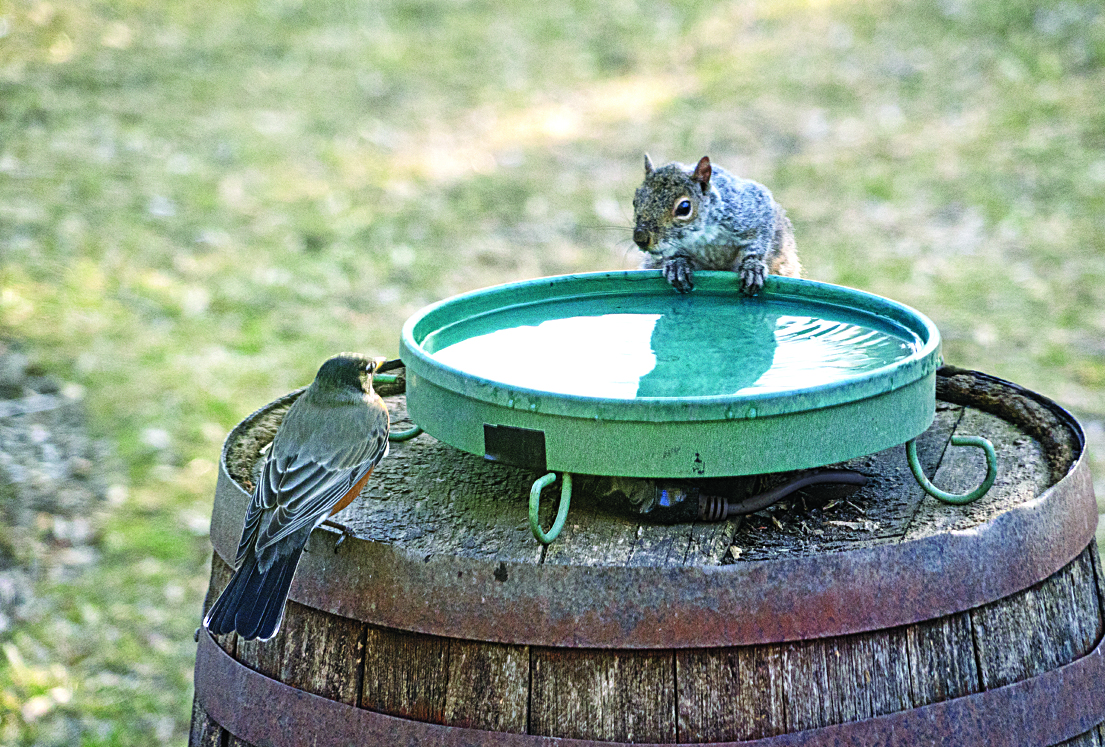 “This watering hole ain’t big enough for the both of us…” one can imagine the squirrel thinking as he faces off with the robin. All the springtime creatures are returning to the area, with seagulls, swans and robins being among the surest indicators we’re almost done with winter weather. Fingers […] 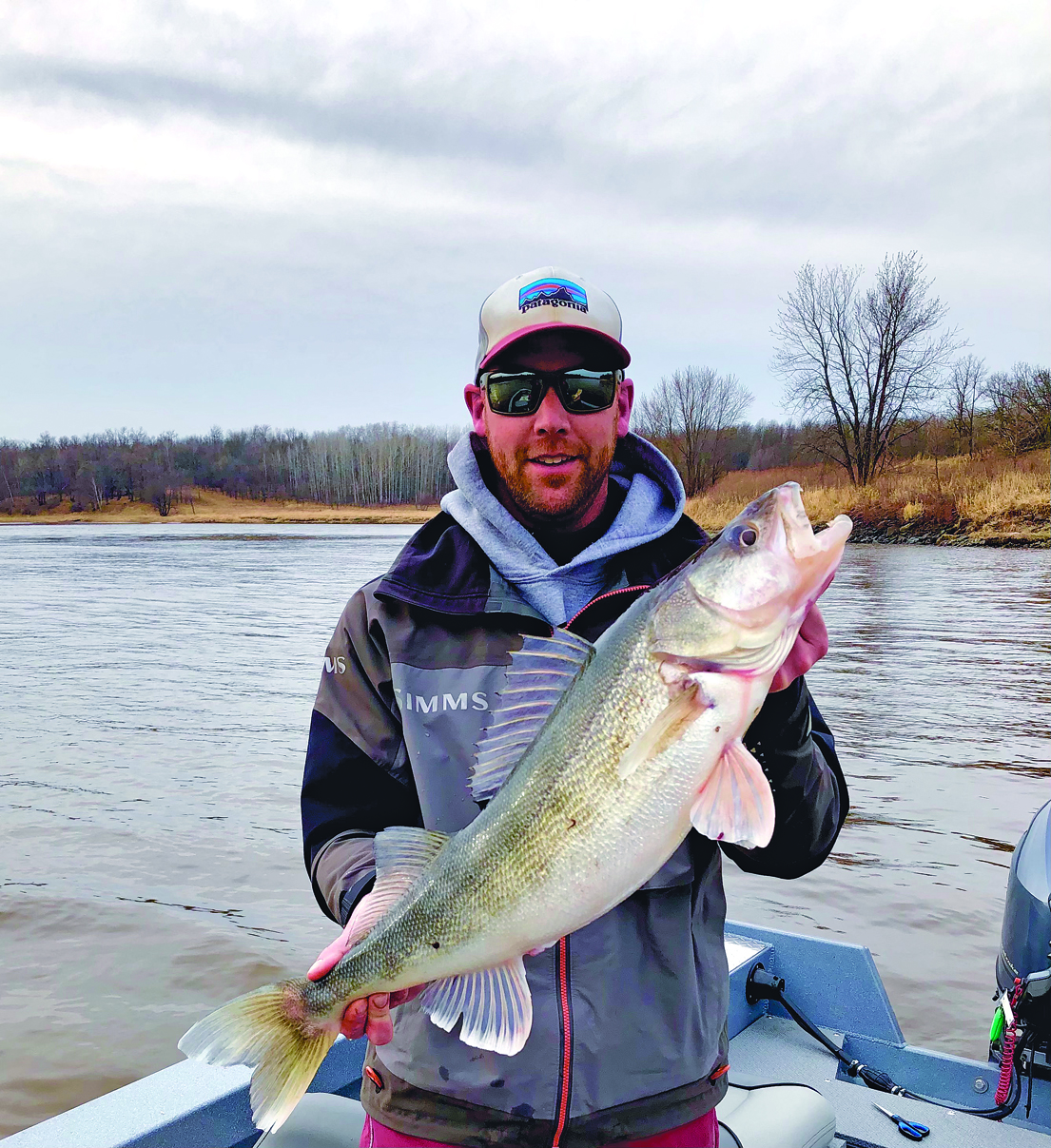 The early ice out is giving local anglers a great opportunity for some early season fishing. This walleye was caught this past week, by Scott Dingwall. Make sure you get out and take advantage of our region’s world class fishing, before the season ends on April 15. If you’ve made […] 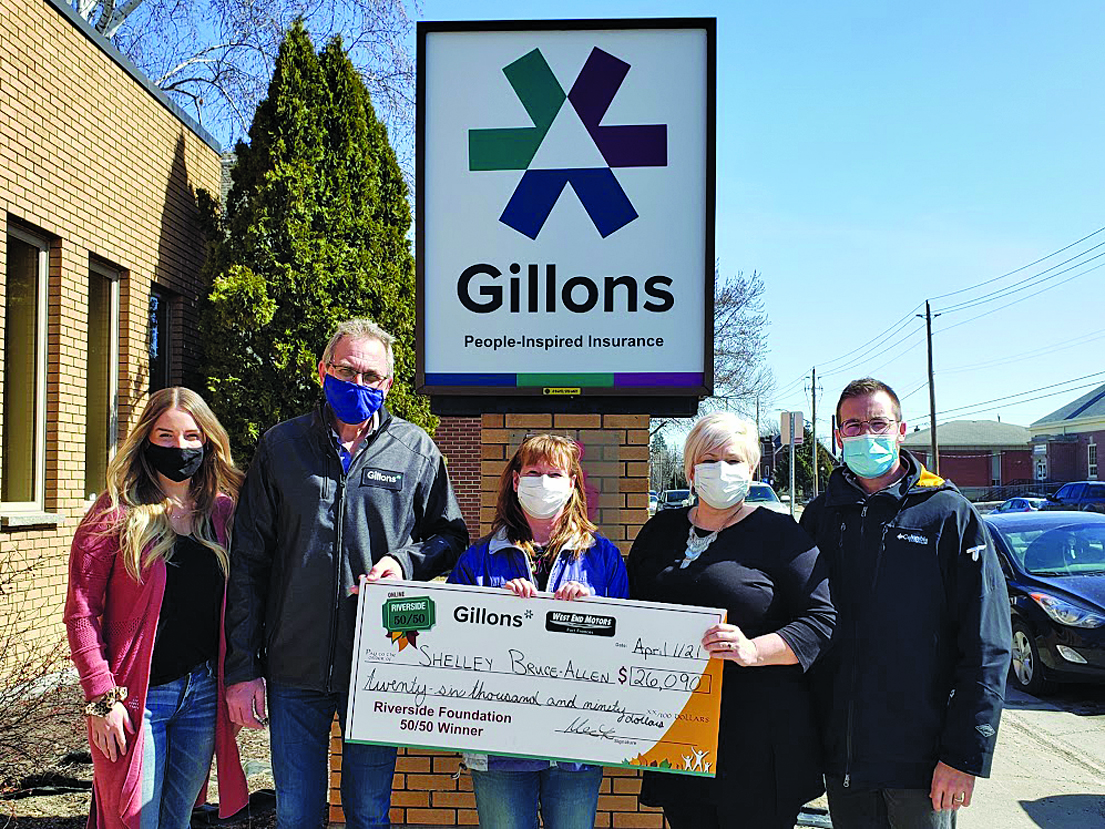 Riverside Foundation for Health Care is excited to announce that the winner of the March Riverside 50/50 electronic raffle is Shelley Bruce-Allen of Devlin, with the winning ticket number F-2800492. Bruce-Allen takes home the biggest monthly pot yet of $26,090, with the same amount going to the Foundation. The draw […] 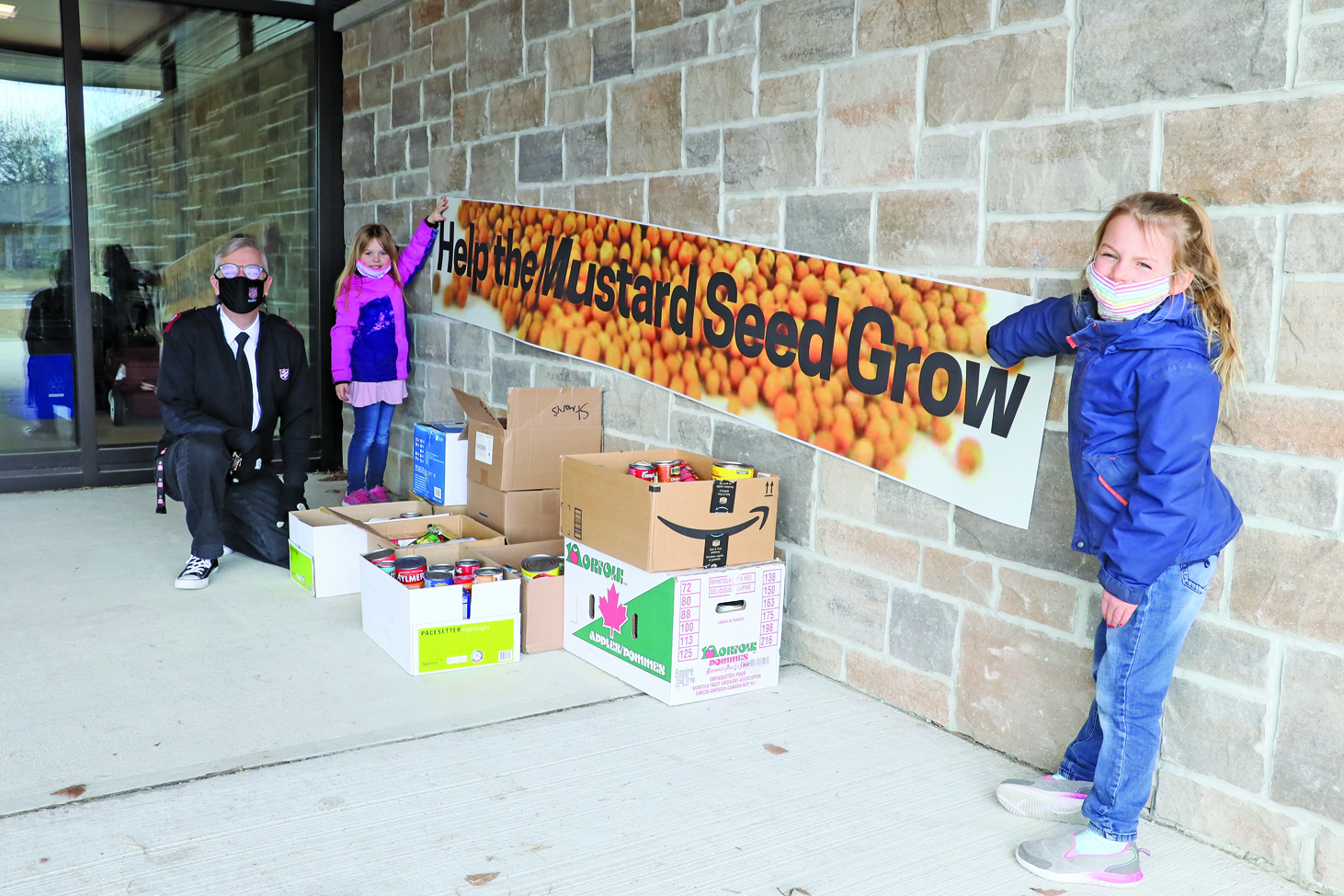 Aria Brady and Naomi Gerber greet Arthur Heathcote, Salvation Army corps officer as he comes to collect the non-parishable items donated by children at St. Mary School. Through the “Help the Mustard Seed Grow” campaign, the school collected 20 boxes of food for the local food banks, Salvation Army and […] 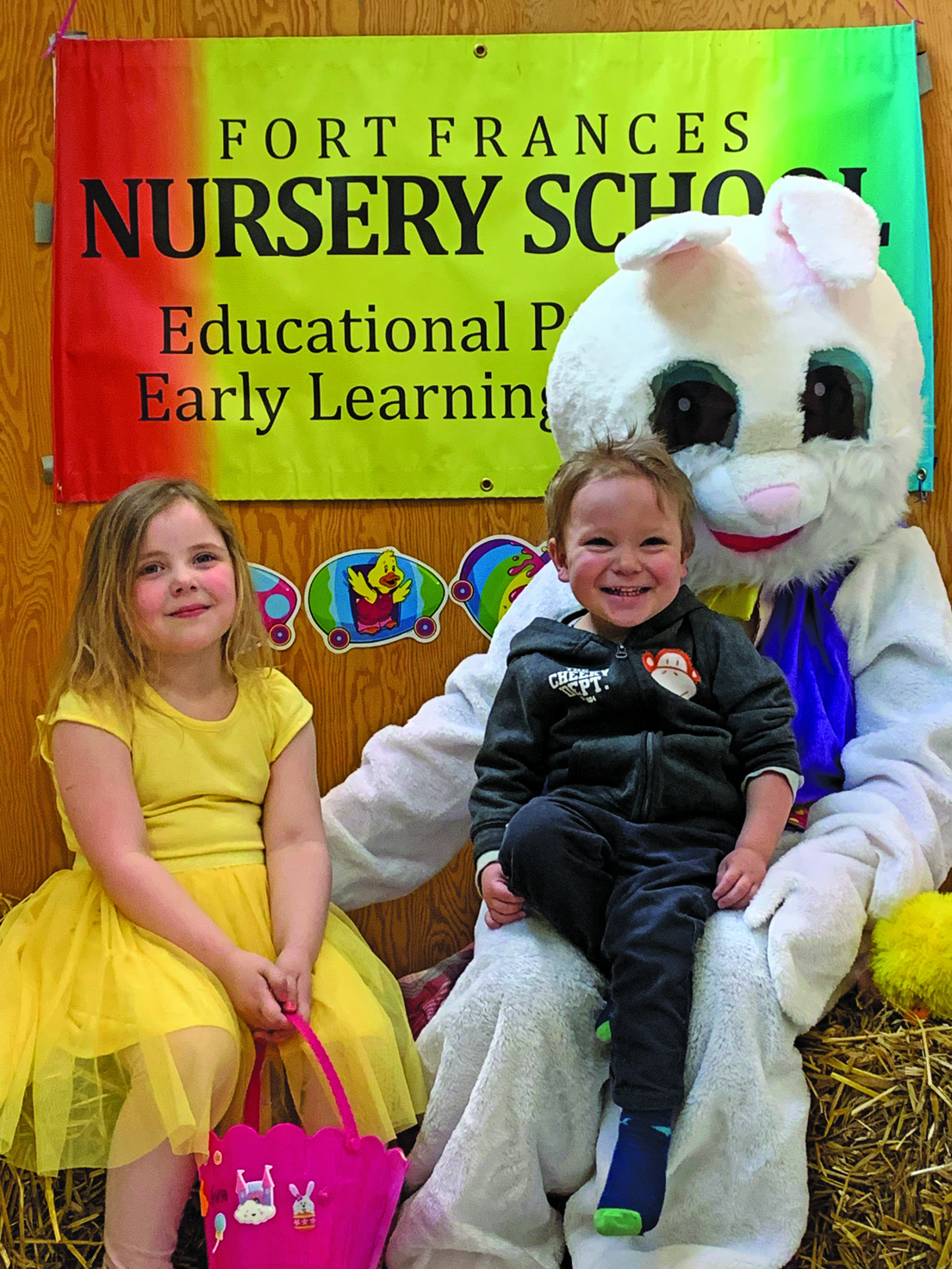 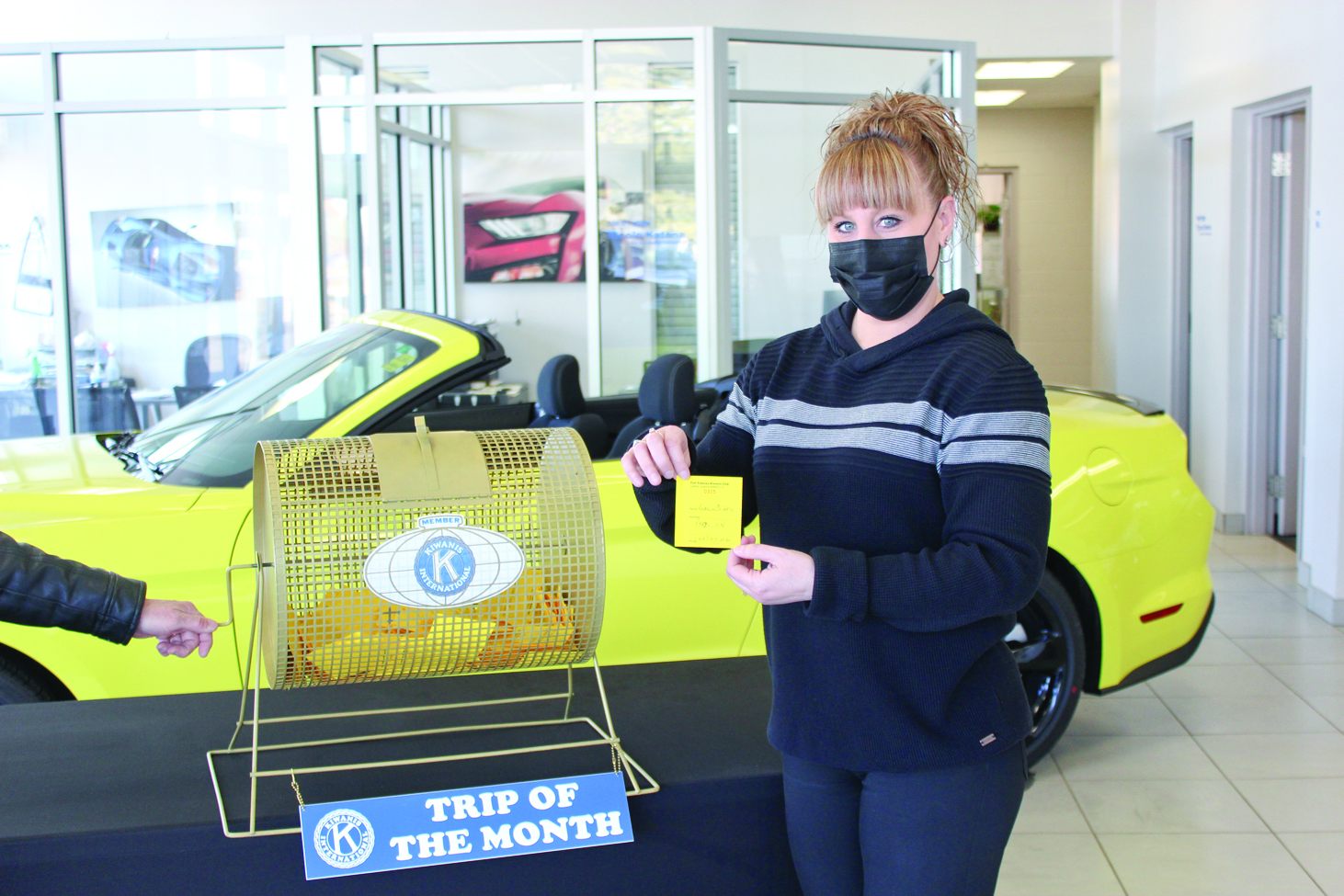 Nicole Katona of Sunset Country Ford pulled the winning ticket for the Kiwanis Club Trip of the Month draw for April this morning. Loralin Clinker is the winner of a Winnipeg-Churchill Via Rail trip valued at $4,500. May’s draw is for a Best of P.E.I. Coach Tour ($3,800). –Ken Kellar […] 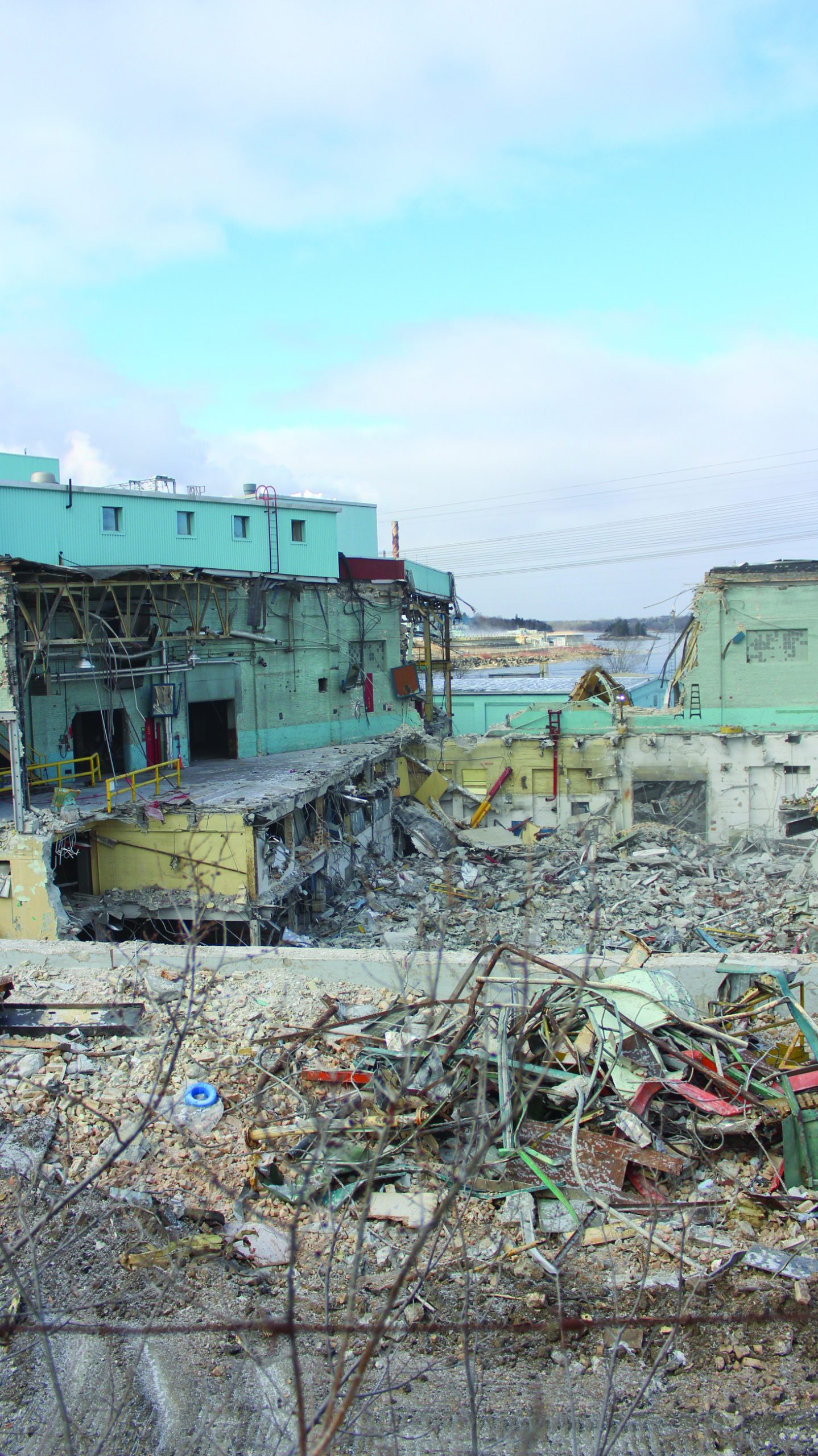 Who can say when the last time the river west of the hydro-electric dam could be seen from Central Ave at First ST. E? It’s not a clear shot so far, but as demolition work continues on the former paper mill building, the landscape and the view beyond it will […] 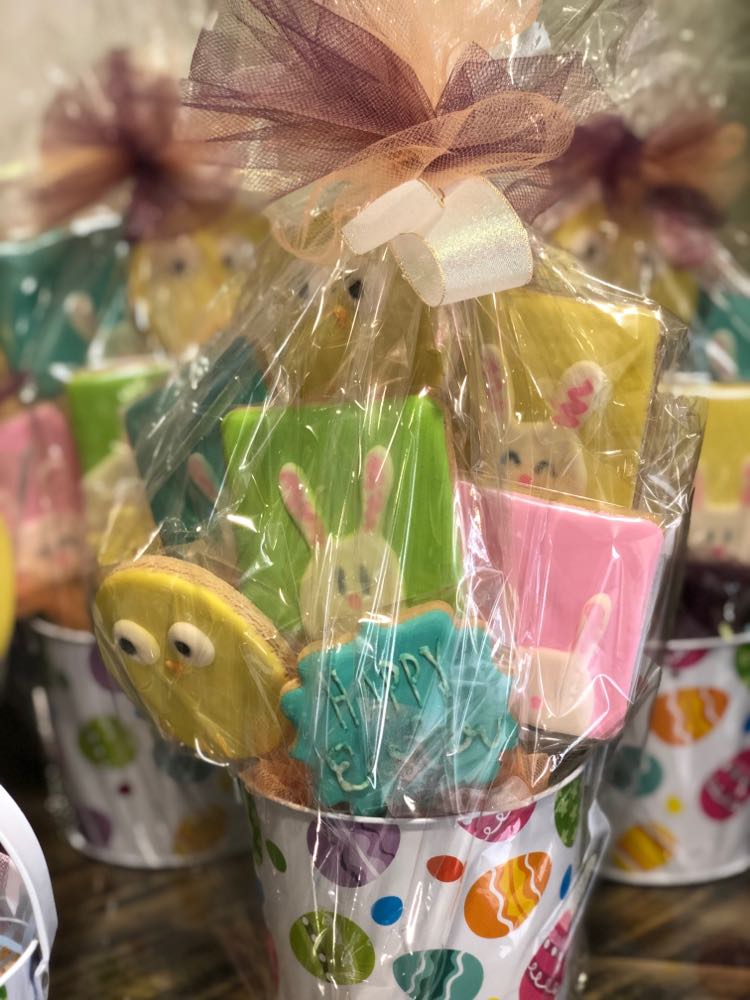 When the snow melts and flowers begin to bloom, bunnies and people cheer, welcoming the spring season. With only a few days until Easter, crafters are displaying their work to welcome the new season with colour and joy. Lowey’s Greenhouse is currently holding a spring market where local vendors showcase […]