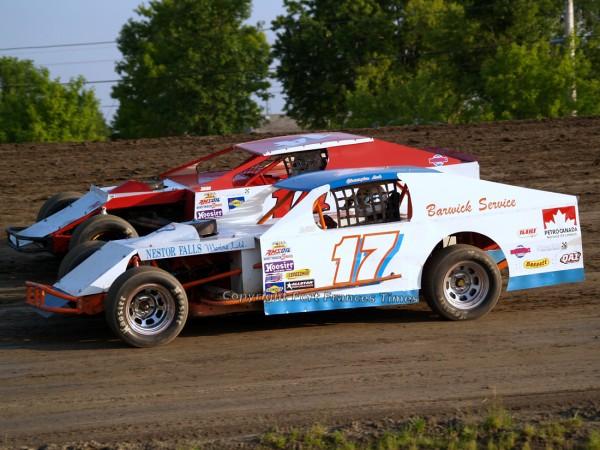 Christopher Leek (#17) and Cody Ossachuk battled for position during the second heat race for the WISSOTA Midwest Modified division at the Emo Speedway on Saturday evening. Leek would end up finishing in second spot in the heat to Brady Caul, and would finish third in the feature as John Hettinga took his first checkered flag of the season. In other action on Saturday, Gavin Paull won his third straight main event in the WISSOTA Modifieds while Don Bowman captured his second feature of the year in the Street Stocks.