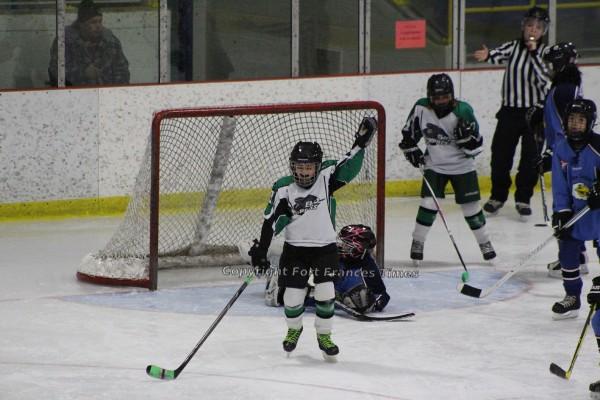 Anthony Brian Petten of the South End Jr. Stars raced over to celebrate with his teammates after a point shot by David Maxfield eluded West End Bruins’ goalie Felix Quisses during the third period of the final of a Midget ‘A’ tournament Sunday afternoon at the Ice For Kids Arena. In the end, though, it was the Bruins who took home the title by defeating their Thunder Bay rivals 3-1. The Emo Stars captured the consolation title by beating O.P.P. (Fort Frances) 3-2 in a shootout.