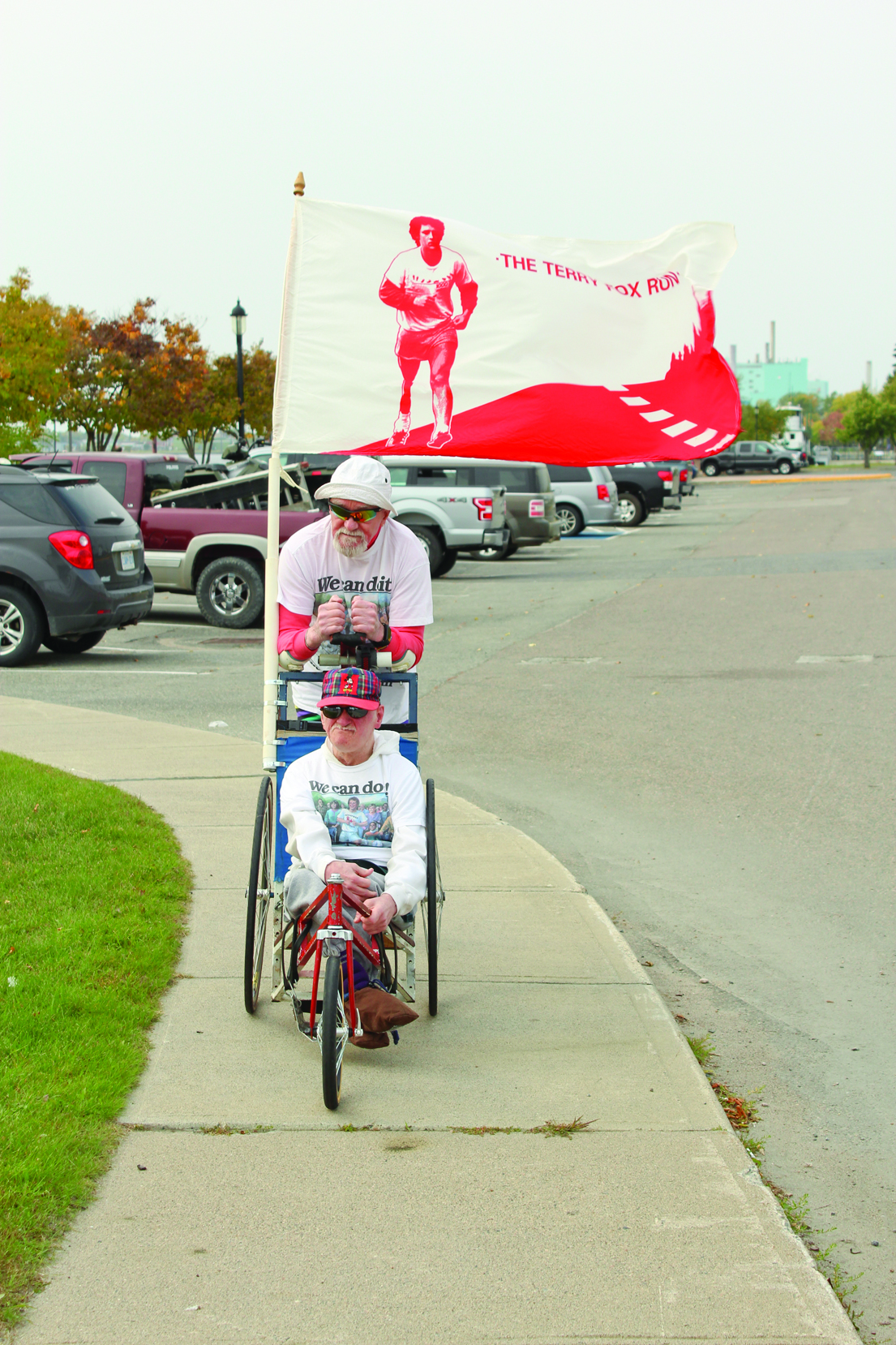 Longtime Terry Fox Run participants and brothers George Walsh and Sandy Stalker didn’t let the lack of an organized run this year stop them from taking part in the virtual Terry Fox event this Sunday. The brothers and a handful of other individual participants began their virtual run from the Sorting Gap Marina to take the 5 km route to Seven Oaks and back to recognize and raise money for the Terry Fox Foundation on the 40th anniversary of the Marathon of Hope. To date, the brothers have raised more than $120,000 for the Foundation.