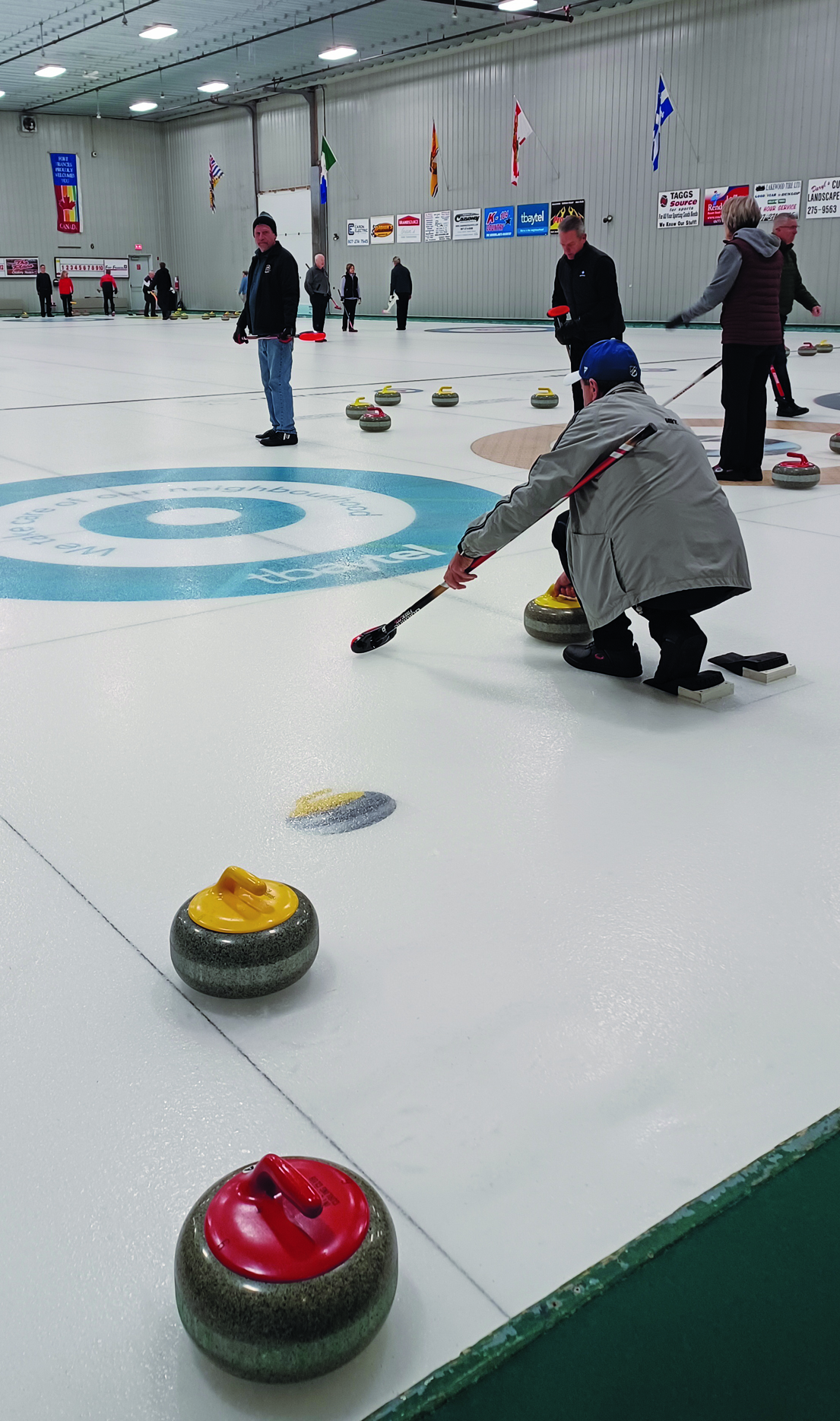 Daytime league curlers at the Fort Frances Curling Club enjoyed a game before Christmas. League play was scheduled to resume this week, but may be modified to postponed due to this morning’s announcements from the province. In addition, a scheduled U18 tournament has been postponed, and the Northern Ontario Provincial Championships, which were slated to go ahead this week in Kenora have been postponed. Several local rinks were going to be in attendance, including Dylan Johnston, Hailey Beaudry and Jackie McCormick while Fort Frances native Trevor Bonot was set to representing the Fort William Curling Club.