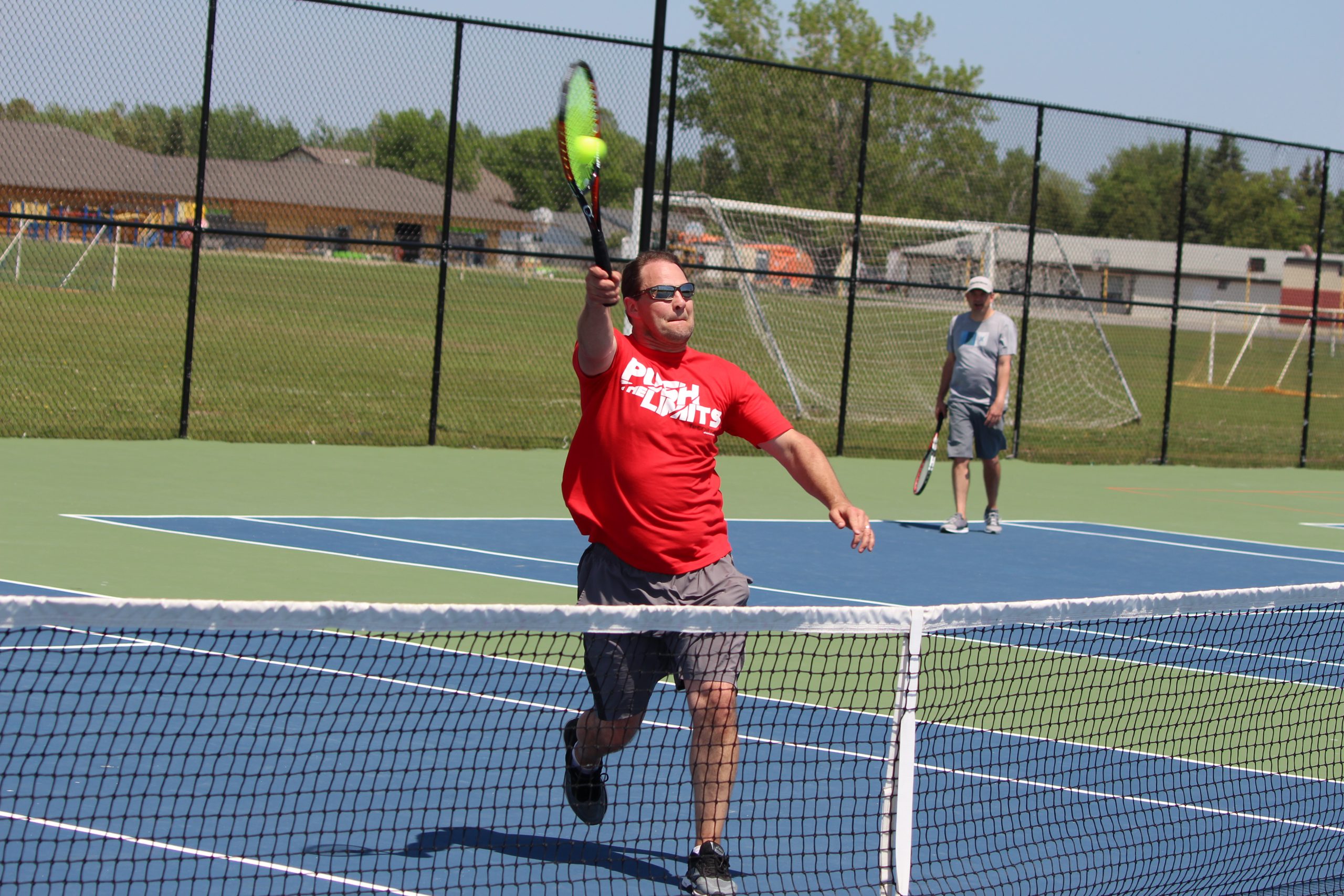 Jason Kabel of Fort Frances smashed the ball to his opponents’ side of the court during his and partner Bob Tkachuk’s loss to John Viviano (Iowa) and Clint Barton (Fort Frances) in the championship game of a men’s doubles tennis tournament held at the multi-use tennis courts here Saturday afternoon. John Libler (Sioux Lookout) and Ed Woods (Ranier, Mn.) claimed the bronze-medal over Brad Oster and Bryan Strahl (both of the Fort). Al Christiansen and Al Cesuinas wound up fifth. A total of five teams played a round robin, with each set being the first to win eight games. The top two teams then played for gold and silver while the third and fourth place teams played for bronze.