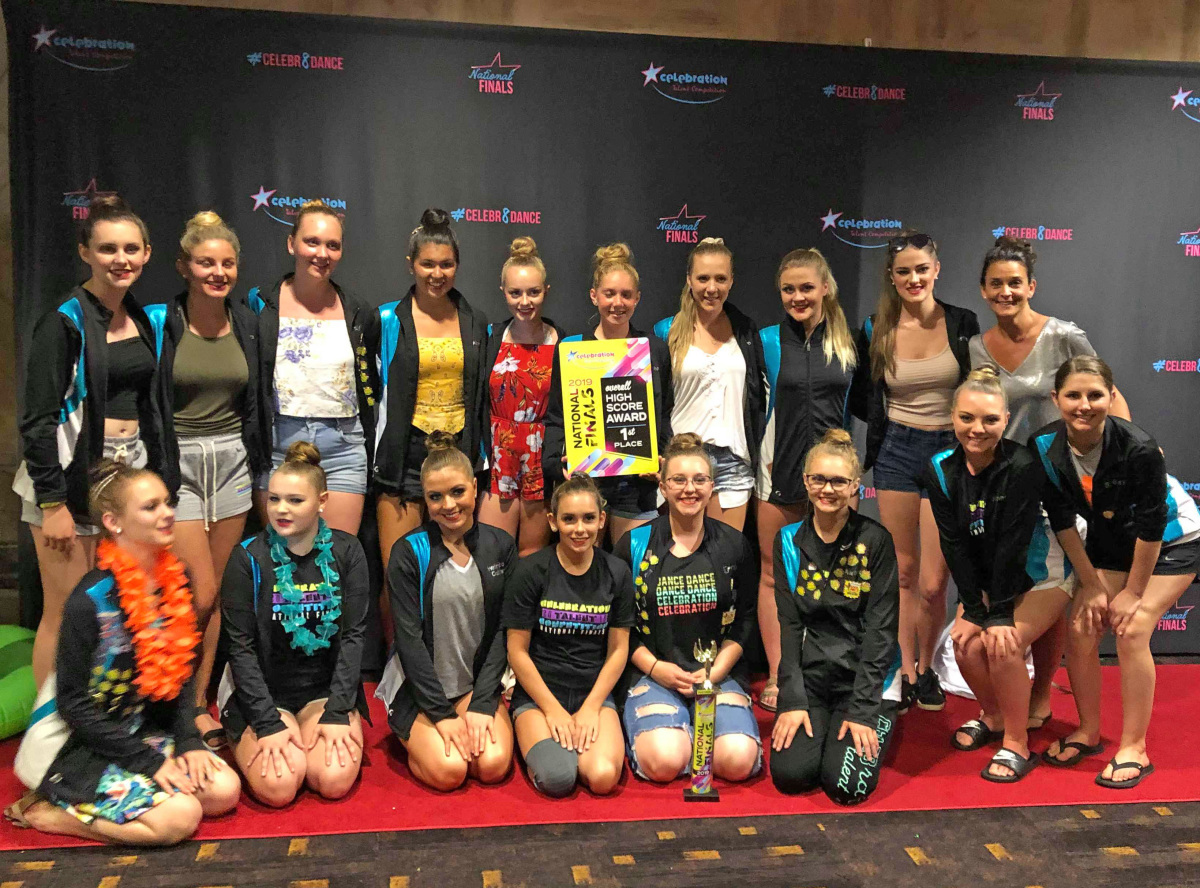 The “Stars” performing line from Dancin’ with Darcie’s truly shone at the national dance competition in Wisconsin Dells this past week (July 11-15). They placed second yesterday in the senior large group Rising Stars division. They received a platinum award and a overall high score for their initial performance of “300 Violin Orchestra’ in the Senior Rising Stars division. The intense performance secured them a top five spot and moved them forward to the final showdown. During the showdown, they placed second overall in the large group Rising Stars division–which is a first ever for the Dancin’ with Darcie Studio. Callahan Armstrong, who is part of the “Stars” line, also performed a solo to “I Just Wanna Be A Star” and received a most photogenic award in the senior division for her photo. Some of the girls also attended convention classes and auditions presented by professional dancers/choreographers.