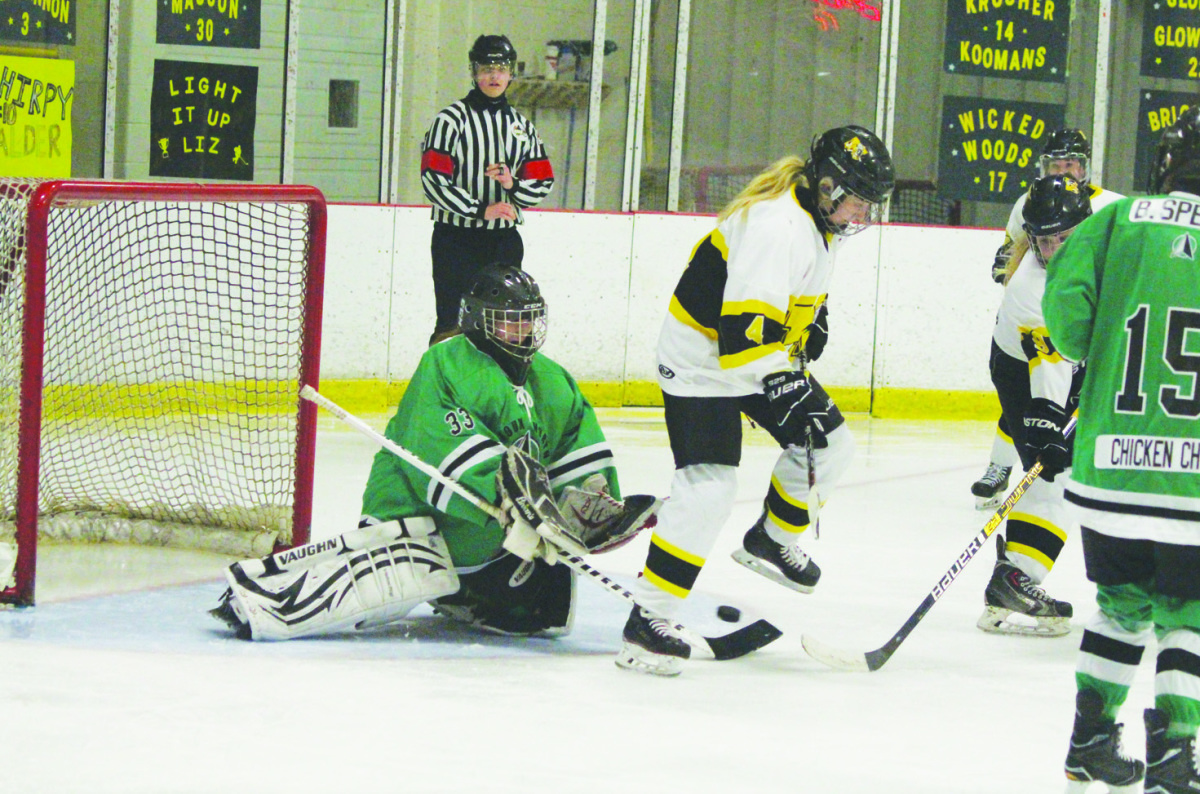 Above, Muskie forward Kianna Antonick managed to get out of the way of the oncoming puck as she set a great screen in front of Sioux Lookout Warriors’ goalie Anna Wesley during the second period of Fort High’s comeback 3-2 overtime win in Game 1 of their best-of-three NorWOSSA semifinal series last Tuesday night here. Antonick scored three goals in Fort High’s two-game sweep of the Warriros to help the Muskies advance to the league final.