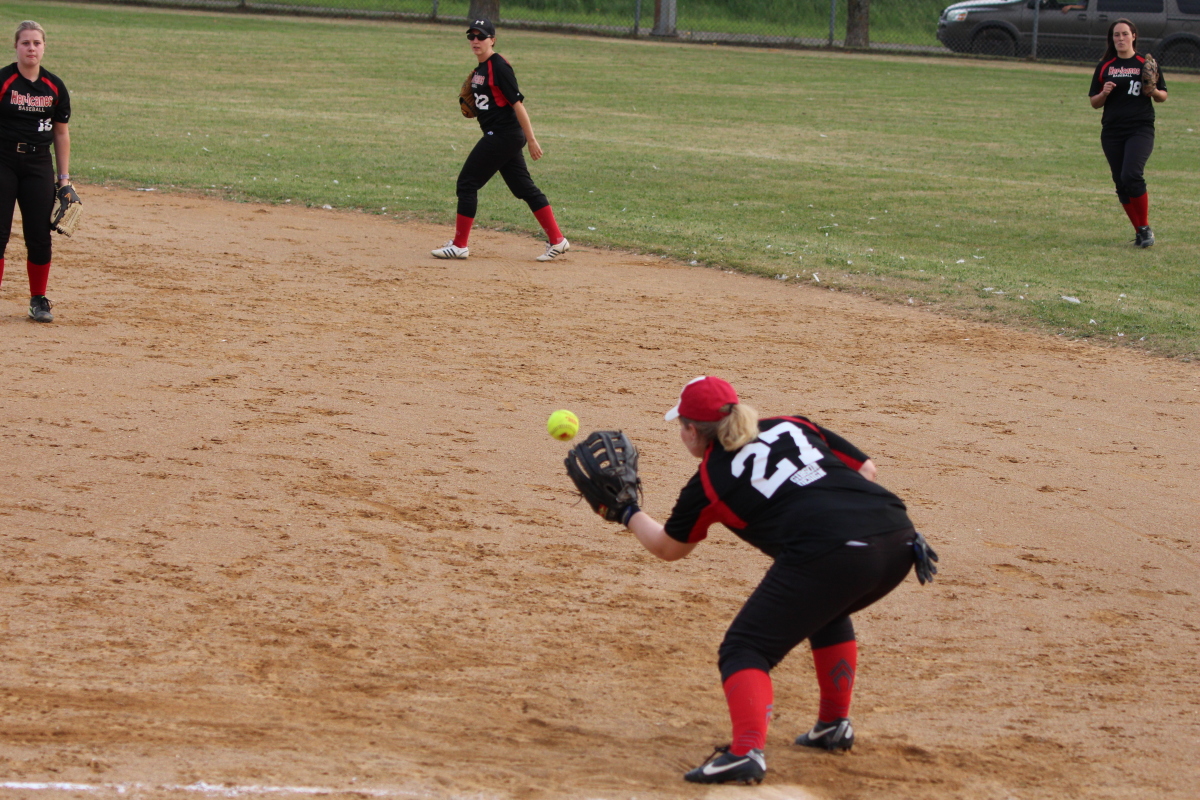 Fort Frances Her-icanes’ first baseman Norma Reather crouched down to snag a throw to record an out during her squad’s 12-4 win over the Red Gut Babes in the Rainy River District Women’s Fastball League final yesterday evening at VanJura here. It was the third-straight league title for the Her-icanes, who also beat the Babes to claim their first crown back in 2016.