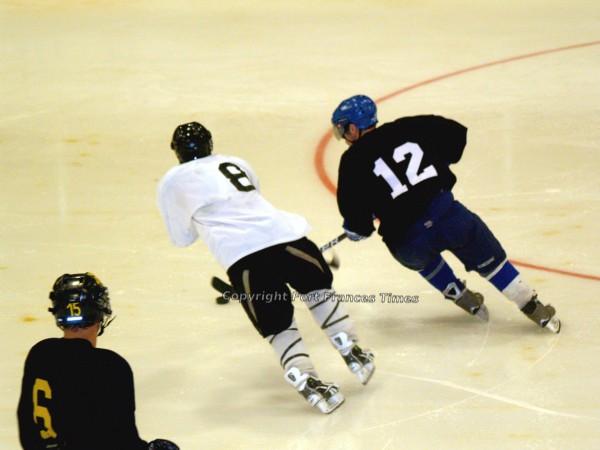 Eric Miller (#8) tried to knock the puck away from Dan Chesser as they took part in a scrimmage Friday night at Bronco Arena over in International Falls as part of the Fort Frances Lakers’ annual summer camp. Scrimmages took place all weekend as players from Canada and the U.S. tried to make their case for earning an invite to the club’s main training camp in late August and, hopefully, a spot on the Lakers’ roster for the 2011/12 SIJHL season.