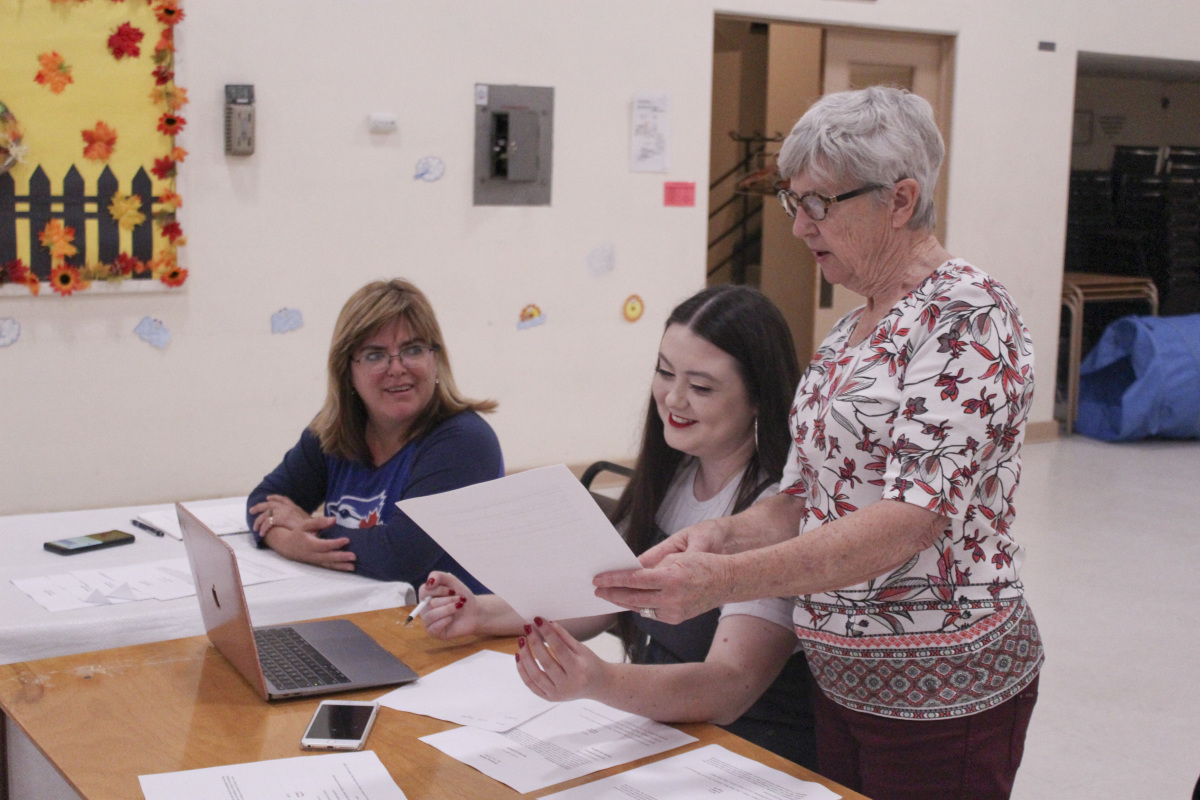 Christine Denby, left, Danielle Gray and Wendy Judson prepare some scenes at the auditions for Fort Frances Little Theatre’s upcoming production of Tom Smith’s comedy “Drinking Habits.” Gray will be directing the play, which is set in a convent where nuns have turned to secretly making wine, prompting two local journalists to go undercover to expose them. The auditions drew out roughly a dozen performers, with the show scheduled for performance in February.