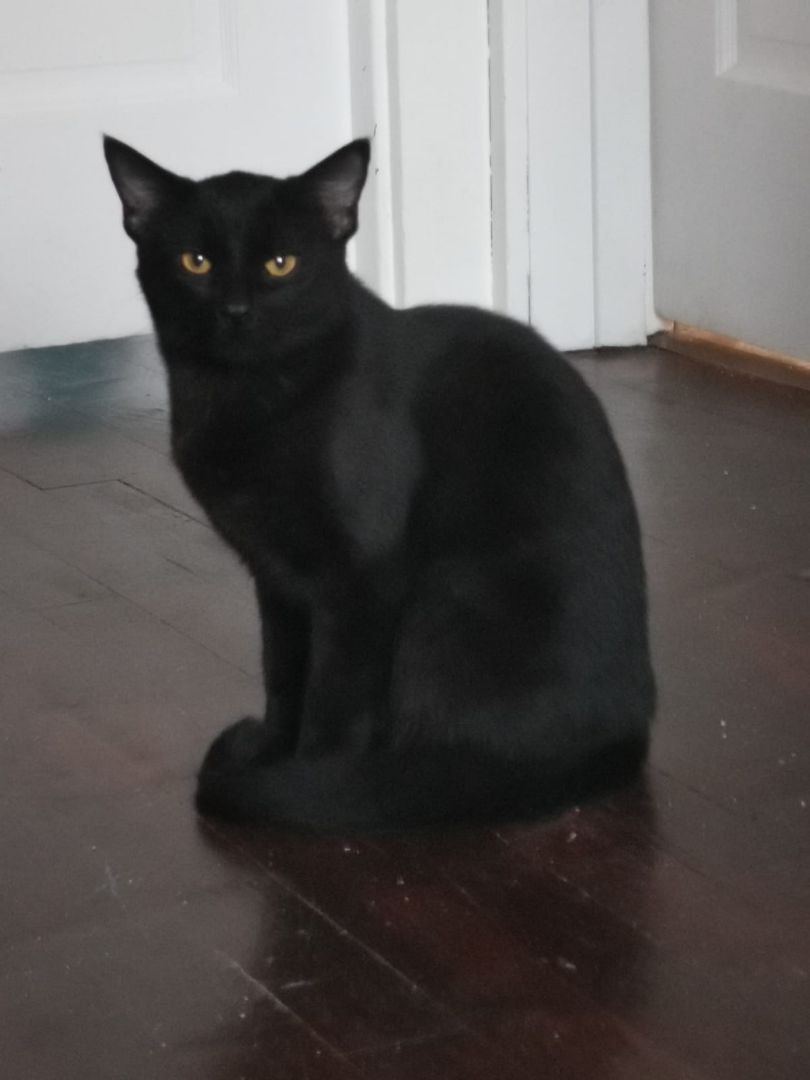 We are very excited this week to introduce you to Max. Max is a male kitten who we believe to be approximately 6 months old. Max is the classic “comeback kid”. This gorgeous black “house panther” was found abandoned on the streets of Rainy River with his mother and brother. His mother, who was little more than a kitten herself, was already expecting another litter which she has since had in the care of a rescue in Thunder Bay. Max and his brother were placed in foster care together, but from day one they were terrified and avoided human contact whenever they could. After weeks with very little progress, we made the difficult decision to separate them. That was the best thing that could have happened to Max. No longer able to rely on his brother, he had to start putting some trust in his foster Mom. He has made great strides and we feel he is now ready for adoption. Max is still shy however, and he will require a patient owner who will give him plenty of time to adjust to his new surroundings. He loves to play and is now allowing his foster Mom to pet him and pick him up, which was unthinkable a few short weeks ago. We expect Max will probably do well with other cats and he has been in a foster home with two large dogs and has handled it just fine. If you are interested in adopting Max you can reach us on Messenger or email bestforkitty@gmail.com. Max should never have had to suffer like this. Please get your pets spayed or neutered and do your part to reduce the population. If you have a male, unneutered cat and you let him roam, don’t kid yourself, he will do what cats instinctively do.

We are also very pleased to announce that this week we removed the last cat from the colony in Rainy River. To the good people in that community who have been providing food, it is now time to stop. You are only feeding people’s pets and the skunks.