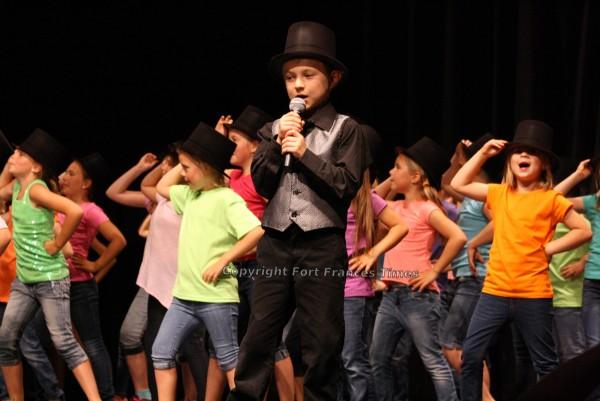 Tarran Enge, seven, channeled his inner “Frank Sinatra” as he belt out the lyrics to “New York, New York” during the opening number of the “Gleek Week” performance at the Townshend Theatre on Friday. The week-long summer musical theatre program, offered by Renée Martin-Brown and Awesome Productions, saw 63 students learn six song-and-dance numbers, as well as some dialogue, which were showcased at the performance on the final day.