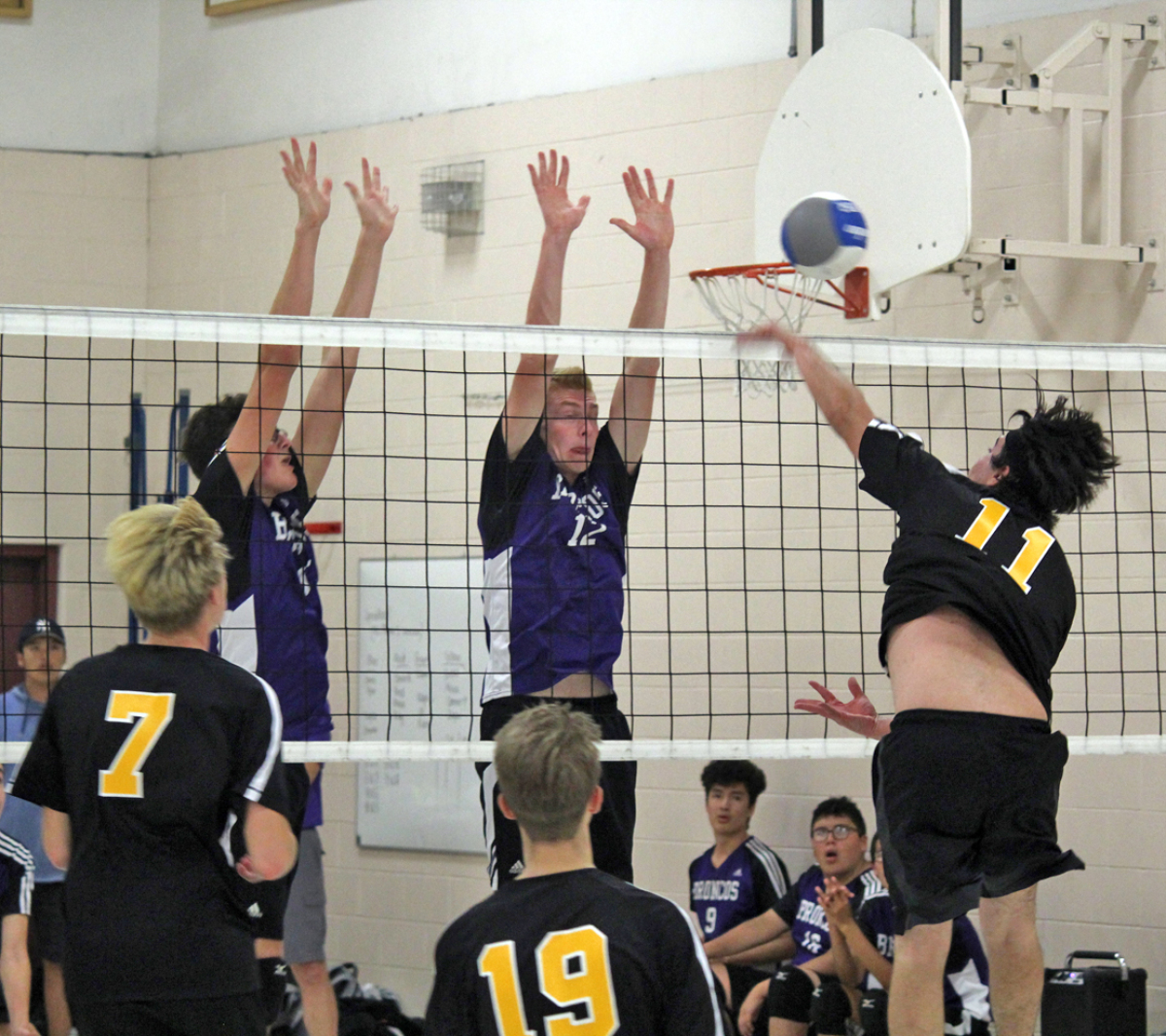 of Ryan Stelter/Kenora Miner and News

Jesse Jourdain tried to put his kill attempt past a pair of Kenora Broncos’ defenders during the Muskie senior boys’ volleyball team’s 2-1 loss in the NorWOSSA season-opener for both teams last Tuesday in Kenora. All four Muskie court sport teams were slated to resume NorWOSSA action yesterday here against the Sioux Lookout Warriors, with the outcomes not known as of press time.