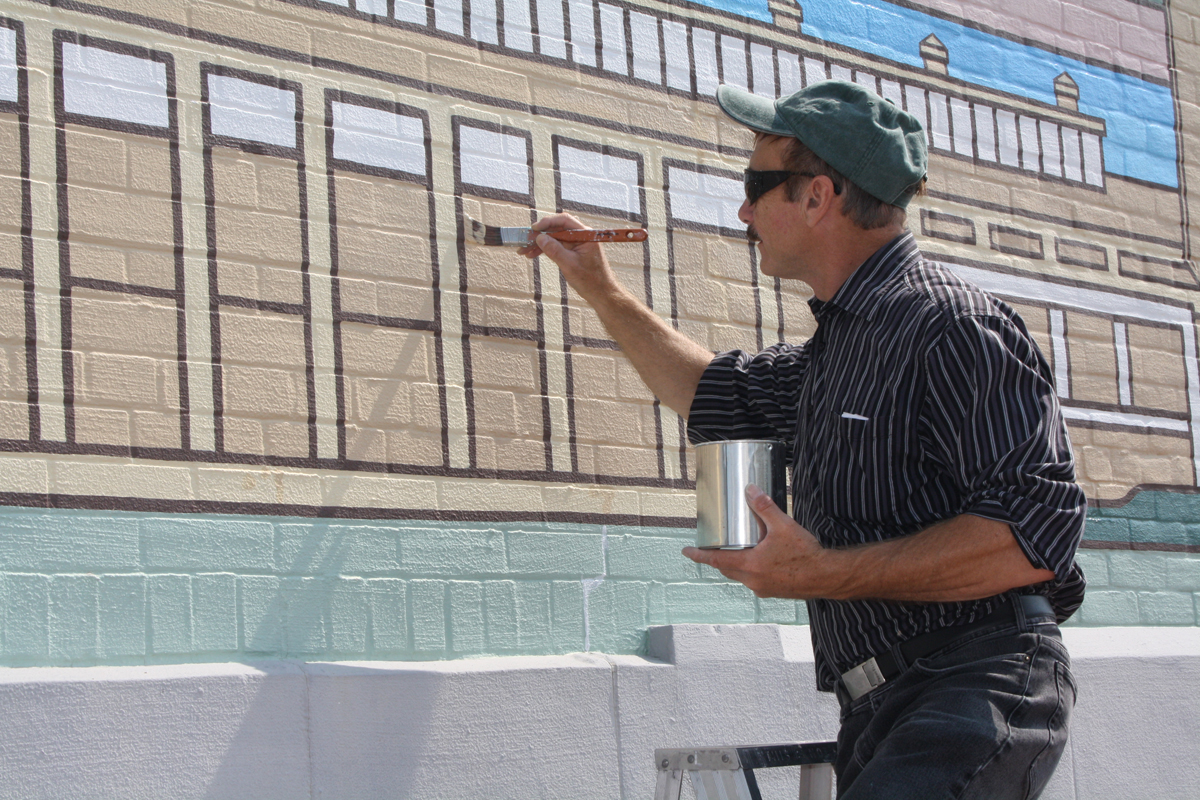 International historical artist Brian Romagnoli was busy touching up the heritage mural dubbed “E.W.Backus & Company” on the west side of the CIBC building yesterday. Romagnoli, who was hired by “The Shops on Scott” to do the job, will spend about three weeks in town sprucing up the mural he painted back in 1999, as well as restoring the mural entitled “Fort Frances at the Turn of the Century” located on the west side of the Masonic Lodge, which was painted by artist John Hood in 2001.