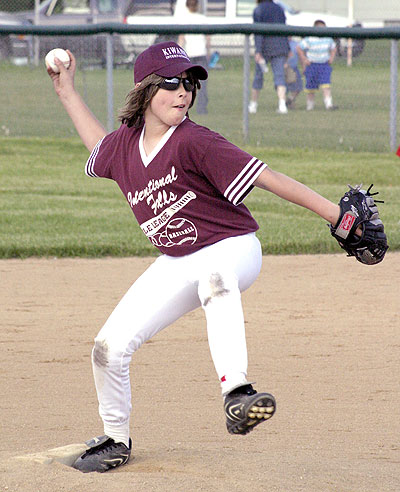 Colton Spicer was the starting pitcher for Fort Frances’ Kiwanis Major Junior ‘B’ team in their game against Coca-Cola last night in International Falls. Kiwanis, who entered the game with a 2-4-1 mark, lost 12-6 and will be playing three make-up games next week with the league’s playoffs starting up the week after. There are five teams in the league that consists of nine to 10-year-old players. —Emmanuel Moutsatsos photo