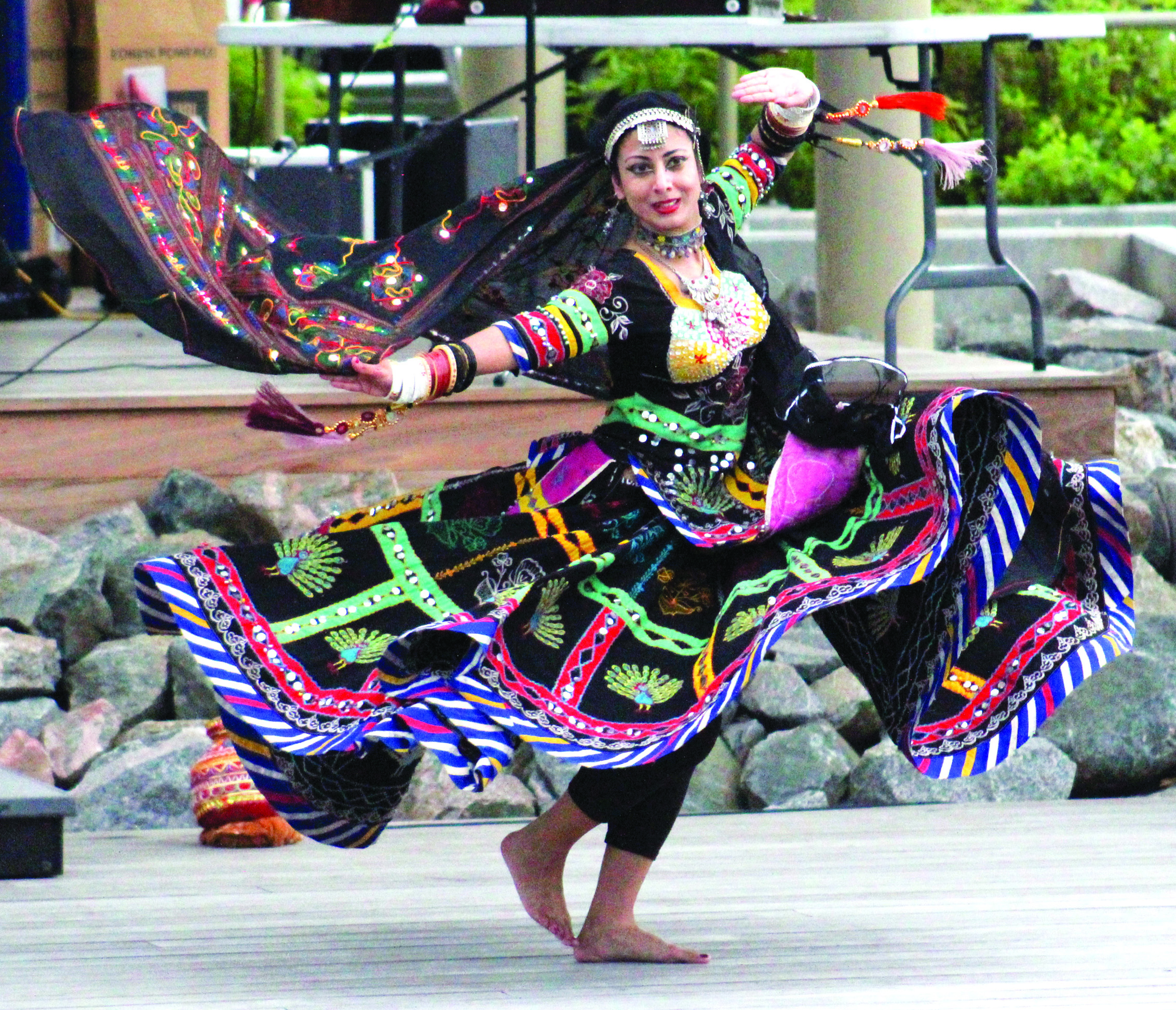 Paromita Kar of Ensemble Topaz was one of the performers who demonstrated an assortment of traditional dances from across the different regions of India at the Festival of India held at the Rainy Lake Square on Monday evening. Ensemble Topaz is a Toronto-based music and dance company that performs traditional and contemporary cultural forms from South and Central Asian traditions. The festival included dances and instrument demonstrations, and was emceed by Bhaktimarga Swami, the Walking Monk. An accident prevented the caterer from arriving, and festival organizers refunded anyone who purchased a ticket to have food.