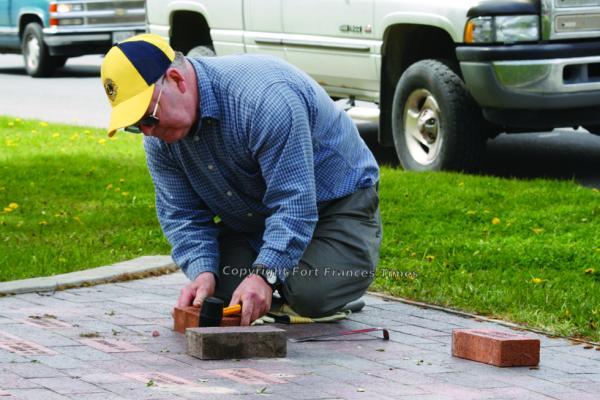 Jacques Fiset, president of the Fort Frances Lions Club, replaced ordinary bricks with special engraved ones yesterday afternoon in the annual memorial bricks ceremony at the Lions Park on Second Street East. For the second year, the brick-laying ceremony was part of the Dand-e-Lion Festival, which Lions member Luke Schill said is intended to “add something to the solemnity of the brick-laying ceremony.” The memorial bricks project was started in 1999, with the club selling about 30 each year.