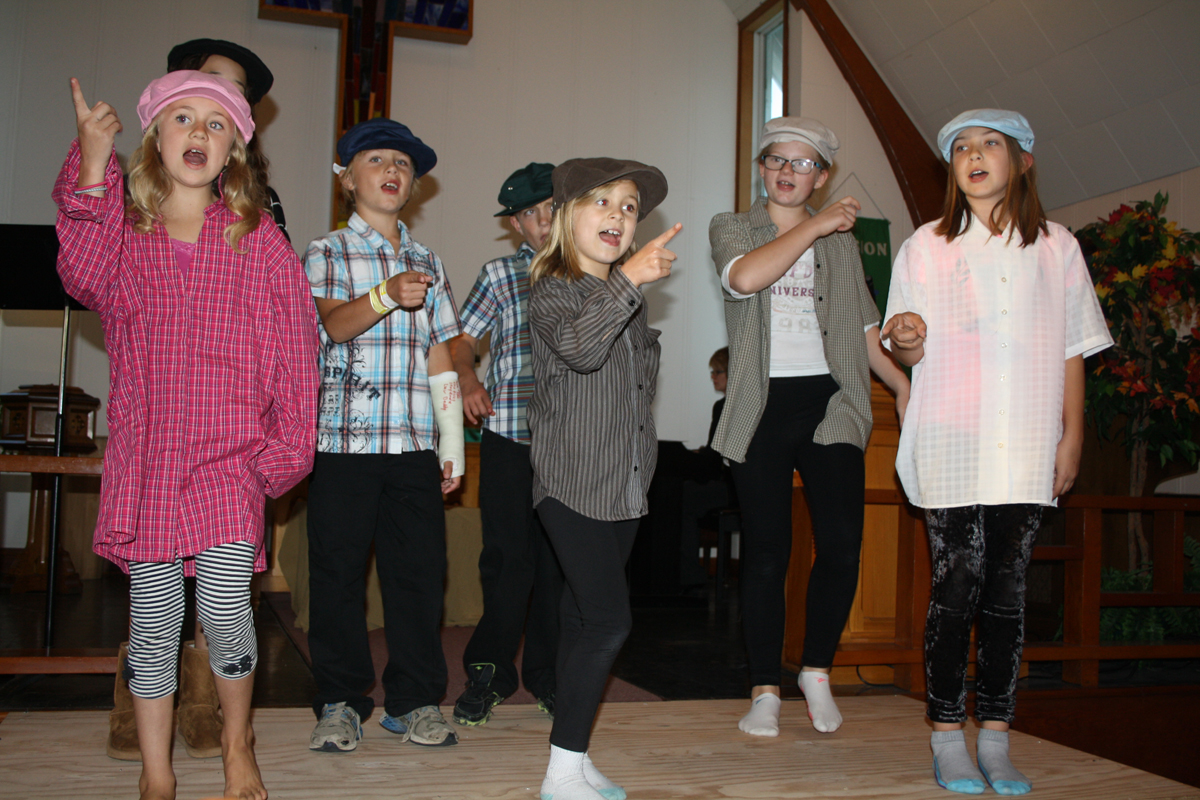 Above, a choir made up of local children performed “Consider Yourself” from “Oliver,” followed by “It’s the Hard Knock Life” from “Annie,” during the “Open Hearts—Open Doors” fundraiser to respond to the Syrian refugee crisis. Meanwhile, above right, Naomi Dunn, left, along with Tatum and Star Martin, performed John Lennon’s “Imagine” and Cindy Judson, right, performed along with the choir from Knox United Church in Emo. Hosted by area United churches, the event was held Saturday evening at the Knox United Church in Emo, raising a total of $2,700, with more still coming in. They will be donating 75 percent of that to the local “Families for Families” initiative while the other 25 percent will go towards the national church’s efforts for Syrian refugees, where the federal government will match donations.