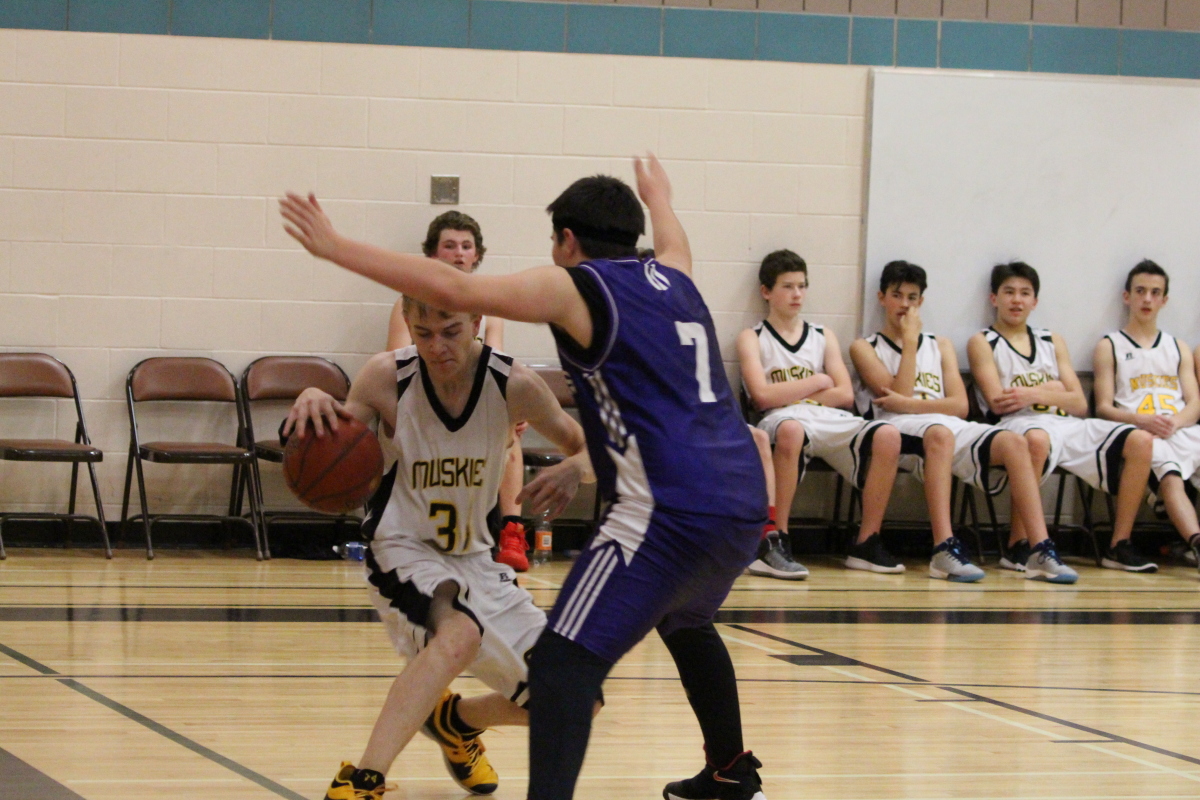 Jordon Bazylewski tried to evade a Kenora Broncos’ opponent with some nimble dribbling during the second half of the Muskie junior boys’ basketball team’s 56-52 win Thursday afternoon at Fort High. Bazylewski scored five points in helping the black-and-gold secure their first league win of the season to go along with a pair of losses.