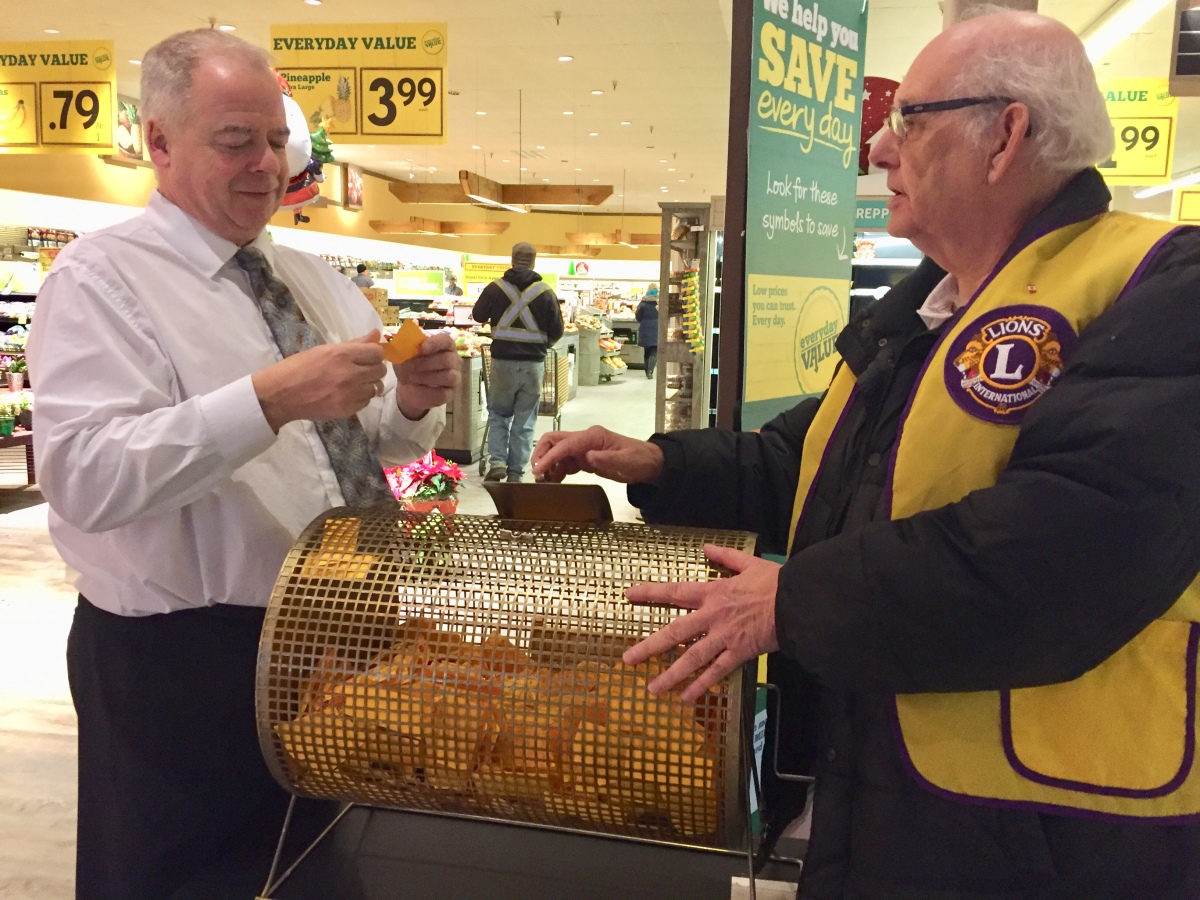 Safeway manager Kevin Langford drew the fourth early-bird winner in the Fort Frances Lions Club’s food draw yesterday at Safeway as club treasurer Paul Patterson looked on. Lisa Armit won a $100 food gift card from Safeway. The final early-bird draw will be held Dec. 13, followed by the final draw for a grand prize of $100 in grocery certificates for a year, as well as a second-place draw for $1,000 in gift certificates, on Dec. 23. About two-thirds of the tickets are sold, which cost $10 each.