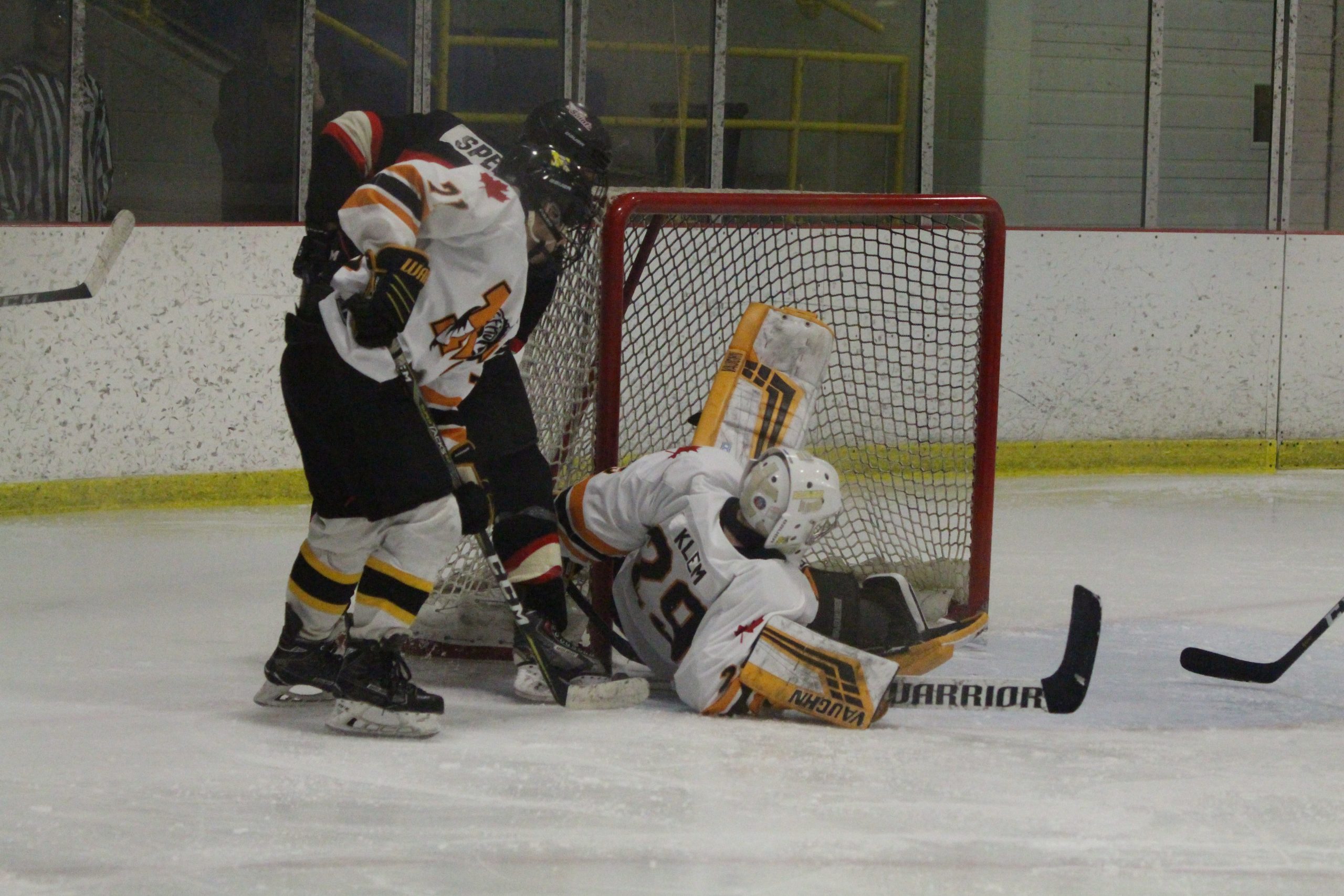 Muskie goalie Darian Klem fell with his back to the ice as he attempted to cover up a loose puck in his crease while teammate Brady Bodnarchuk looked to tie up Mason Spencer of the St. Thomas Aquinas Saints (Kenora) during the third period of Fort High’s 6-3 win in the opener of the best-of-three NorWOSSA semi-final series last night at the Ice For Kids Arena. Mikel Ward netted a hat trick while Peyton Avis, Sheldon Kelly, and Carson Noga also tallied to pace the Muskies’ offence. Game 2 was slated for this afternoon in Kenora, with the outcome not known as of press time.