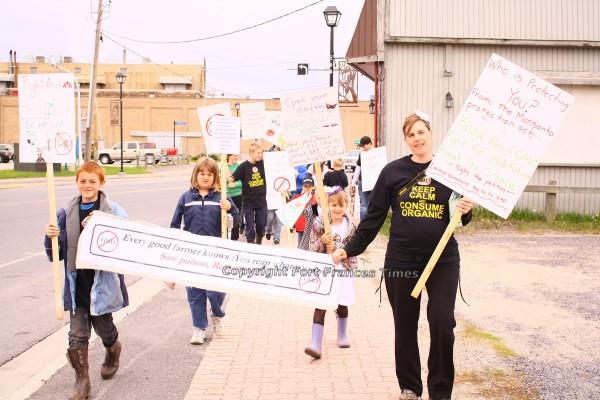 About 20 people gathered for a “March Against Monsanto” here Saturday afternoon, holding up signs in a peaceful protest to raise awareness of genetically-modified organisms and Monsanto, an American multinational agricultural biotechnology corporation and leading producer in genetically-engineered seed. The march, which began at “From The Grind Up,” went along Scott Street to Safeway and back.