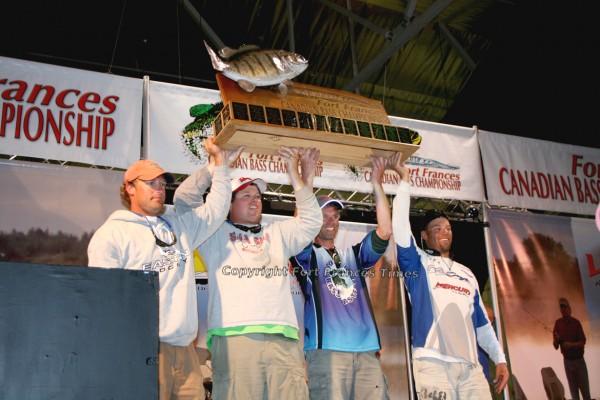 Jon Austin, left, Richard Rud, Glenn Leroux, and Trevor Zimak held up the Fort Frances Canadian Bass Championship trophy after they were crowned co-champs on Saturday. Austin and Rud, who are based out of International Falls, and Leroux and Zimak, from Thunder Bay, tied for first place with a 52.42-pound total over the three-day tournament.