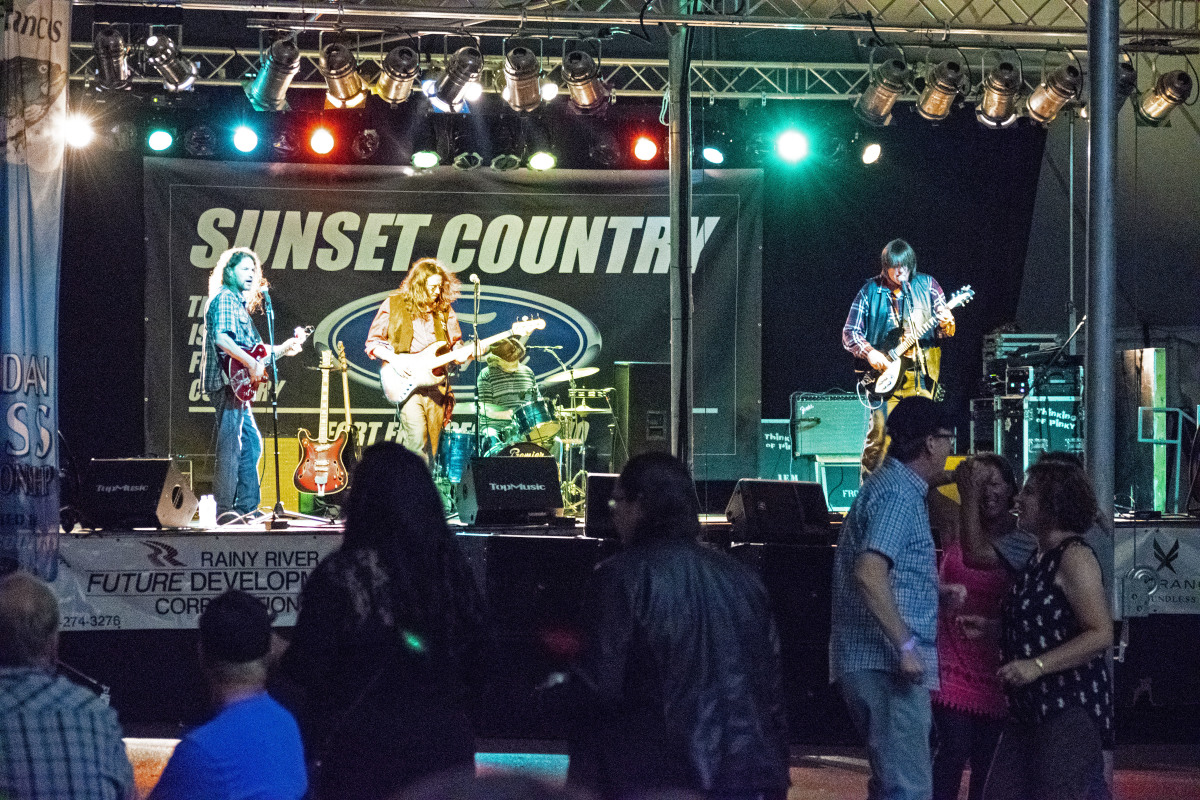 People were on their feet for the Cajun Country Rock Band, a CCR tribute band from Thunder Bay, that played under the big tent Thursday night in conjunction with the Fort Frances Canadian Bass Championship. The concert was part of a charity event held by the Fort Frances Lions Club to raise funds for new playground equipment at Lions Park. A Bingo event also was held beforehand while pull tabs were sold throughout the weekend, with funds going towards upgrading the park.