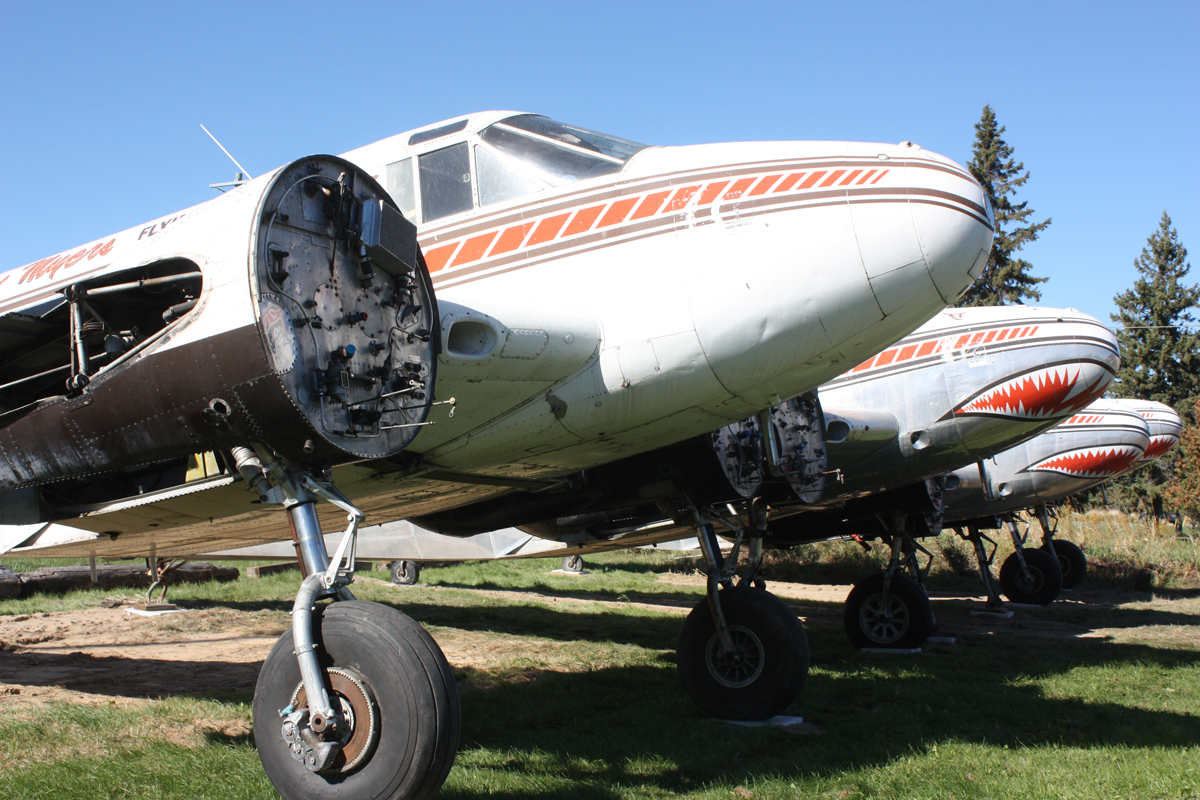 Rusty Myers Flying Service recently sold the floats off their four Beechcraft Model 18 airplanes to a company in B.C. The “Twin Beeches” haven’t been flown for the last two years as the company has been using its more reliable Cessna Caravans. The Beeches’ wings have been removed for easier storage and the engines have been removed. Parts from the latter can be used on Rusty Myers’ three deHavilland DHC-2 Beavers. The Twin Beeches have been in use here since the early 1940s, but have been kept in good shape over the decades.