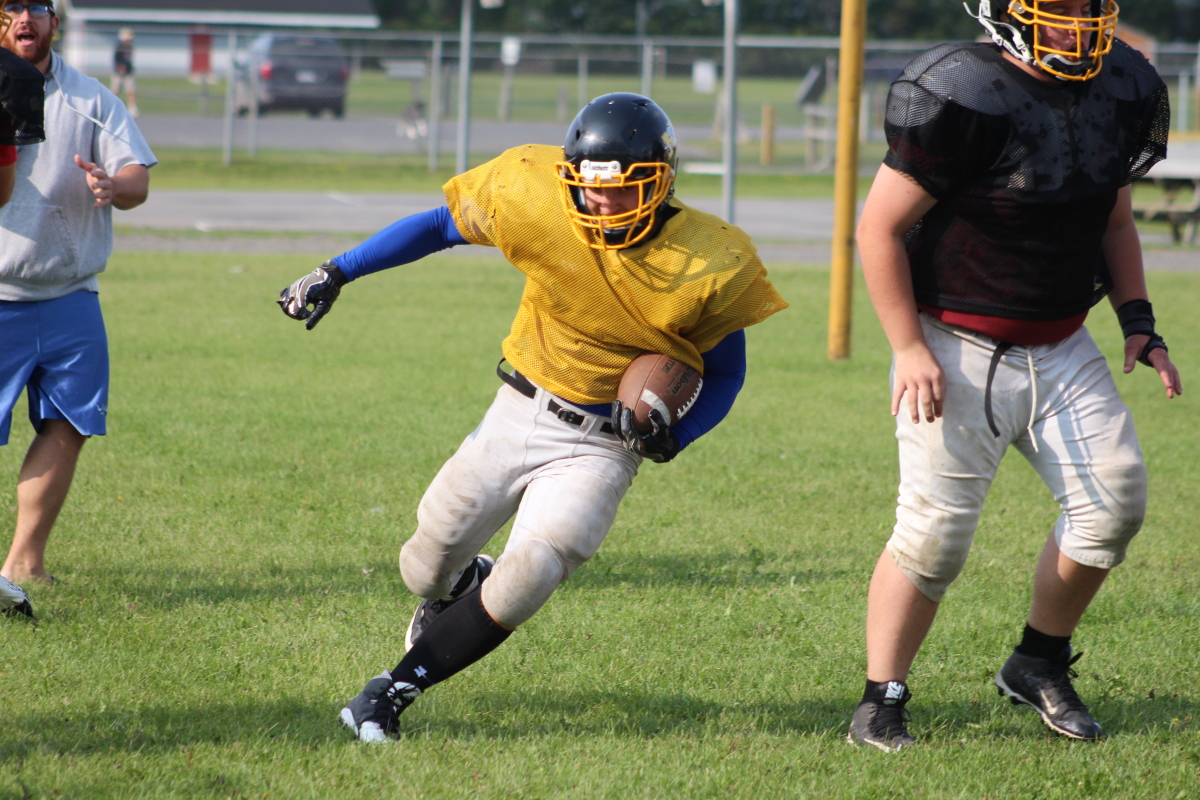 With the new Winnipeg High School Football League season fast approaching, the Muskie football team began preparing for its Currie Division (‘A’) schedule which kicks off Sept. 8 against the host Maples Marauders. Running back Sekina Scheibler, above, was polishing his cut-back skills as he looks to carry the load in the rushing game this season while, below, any success the Muskies intend on having this year begins with their ability to win the war in the trenches.