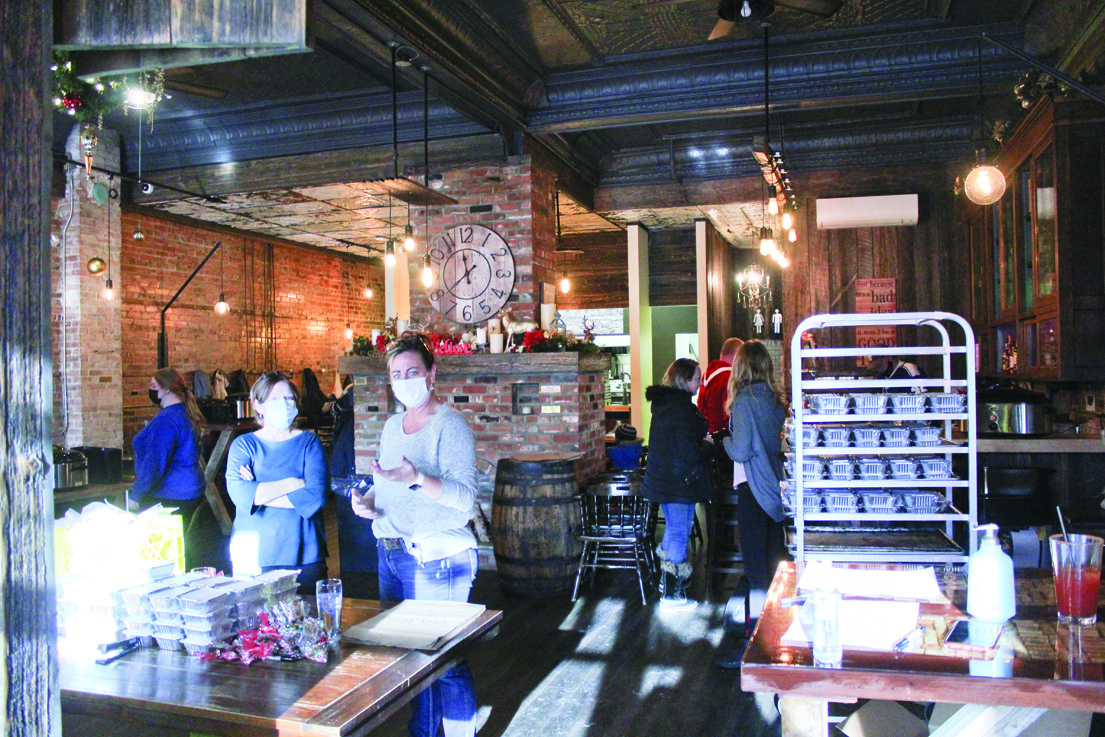 The calm between two storms is captured at the Flint House on Christmas morning as all of the meals scheduled for delivery had been sent out and the restaurant readied itself for those who were scheduled to pick up their Community Christmas Dinners in person. While the annual dinner was forced to look a little different this year due to the concerns surrounding COVID-19, the Cridlands were well up to the task, and the community responded in kind. More than 300 meals were organized for Christmas day, split roughly between delivery and take out, and the restaurant noted that they had an almost overwhelming number of volunteers offer their vehicles to drive take out orders to those in need or who couldn’t head down to the restaurant for themselves. – Ken Kellar photos