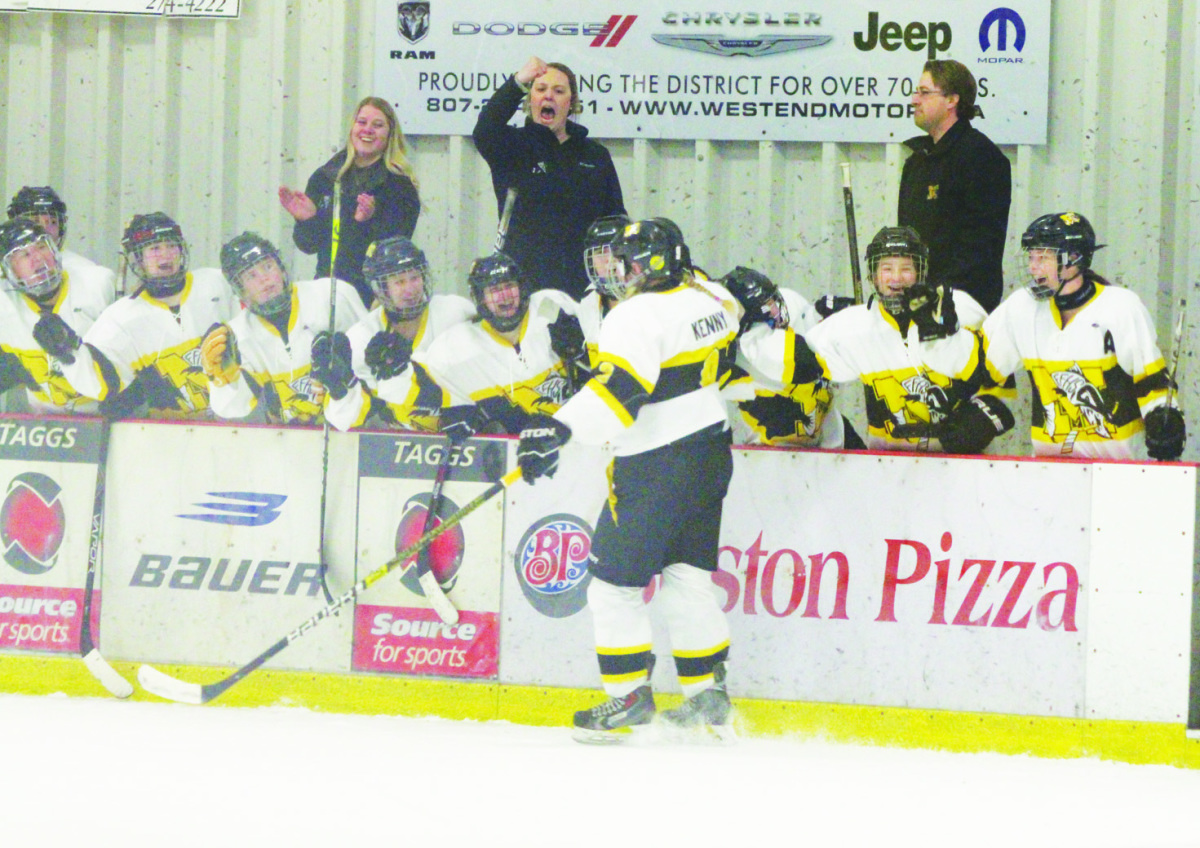 Muskie girls’ hockey team head coach Nicole Clarke, centre, let out a huge fist pump as she celebrated with her players after Abbie Kenny’s shootout goal during the Muskies’ 2-1 win over the St. Thomas Aquinas Saints (Kenora) in the third-and-deciding game of the NorWOSSA final last Monday night at the Ice For Kids Arena. It was the Muskies’ first league title since 2018.