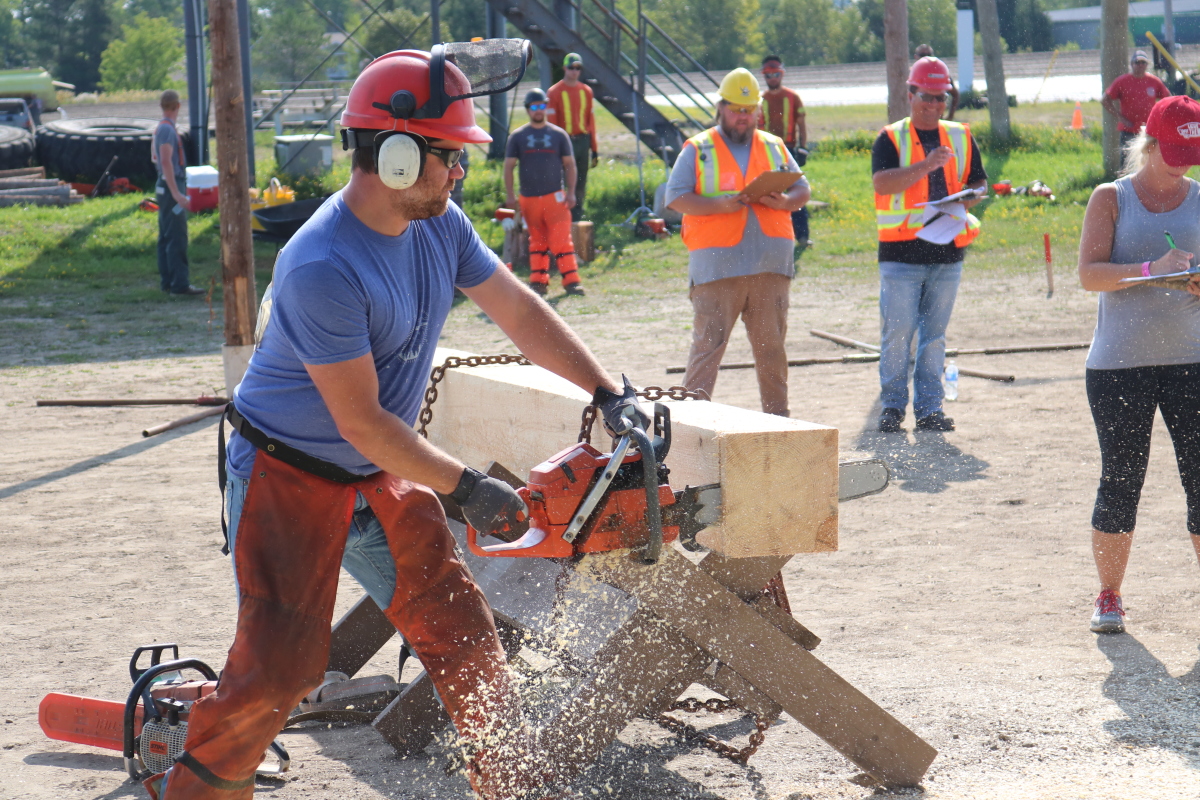 Darwin Lance buzzed into a large block of lumber during the chainsaw speed buck portion of the loggers’ competition at the Emo Fair on Friday. Lance was later deemed the Rookie Logger of the Year.