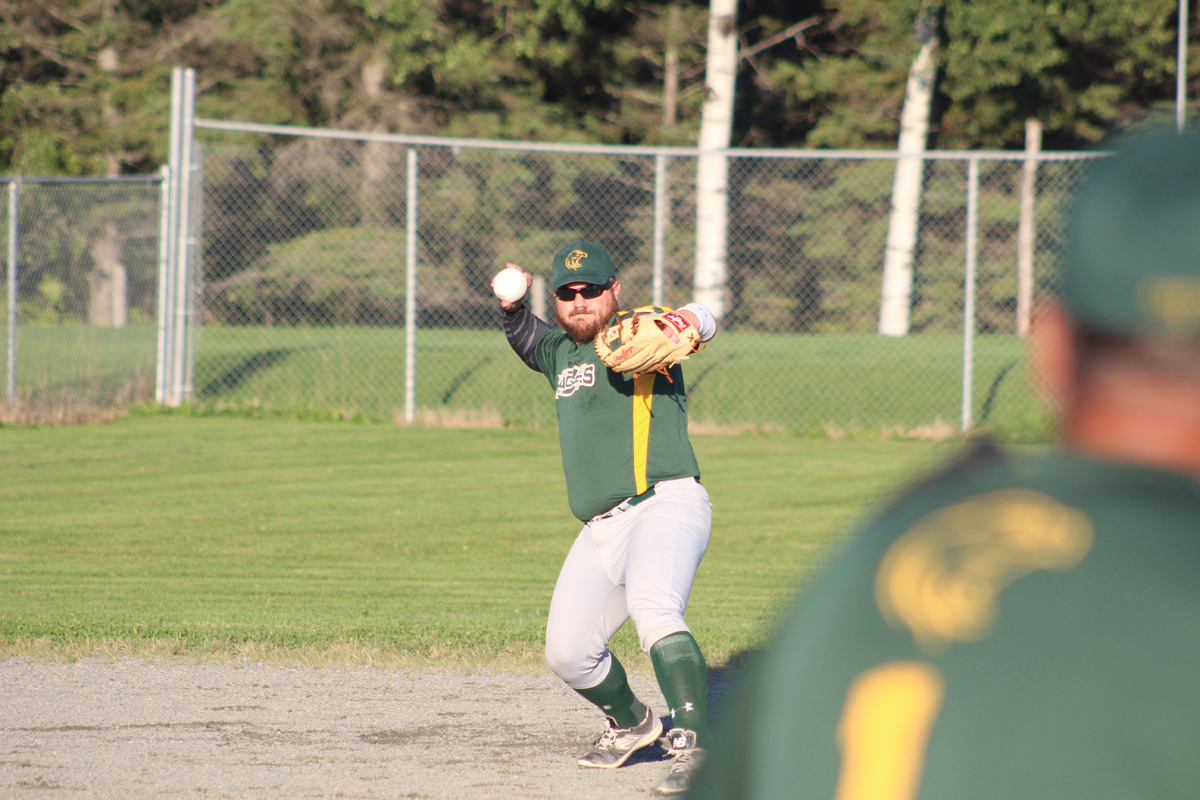 Stratton Eagles’ shortstop Chris Bourgeois was ready to fire a throw over to Guy Arpin at first base during the second inning of last night’s Rainy River District Fastball League West Division semi-final there. The third-seeded Eagles gave up three runs in the first and never recoverd, losing 5-2 to the fourth-ranked Big Grassy Lightning. The Lightning visit the top-ranked defending champion Barwick Blue Knights tonight at 6 p.m. in Game 1 of the West Division final while in the East final, the third-ranked Couchiching Raiders will be at VanJura to face the second-seeded Sight & Sound Wolves at 6 p.m. Wins by Barwick and Sight & Sound will put them into the league final while a Raiders or Lightning win tonight will force a second-and-deciding game Thursday.