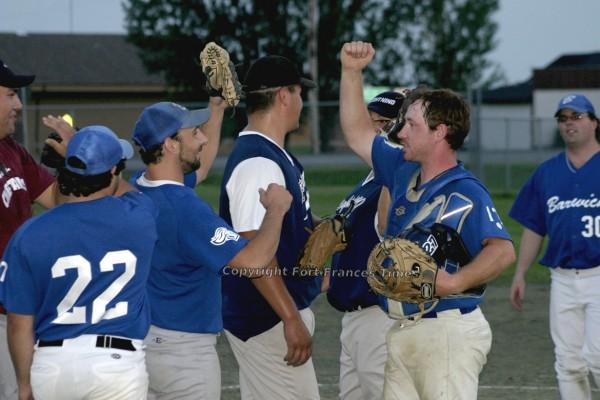 Members of Barwick manager George Oltsher’s team celebrated the team’s 2-1 extra-inning win over Sight & Sound manager Derek McKinnon’s squad at the Rainy River District Fastball League’s all-star game in Stratton on Tuesday night. Each of the league’s 10 teams were represented at the game, which some players were calling one of the best all-star showdowns in recent memory. The game was a break from the league’s postseason schedule, which resumes tonight with four games on tap.