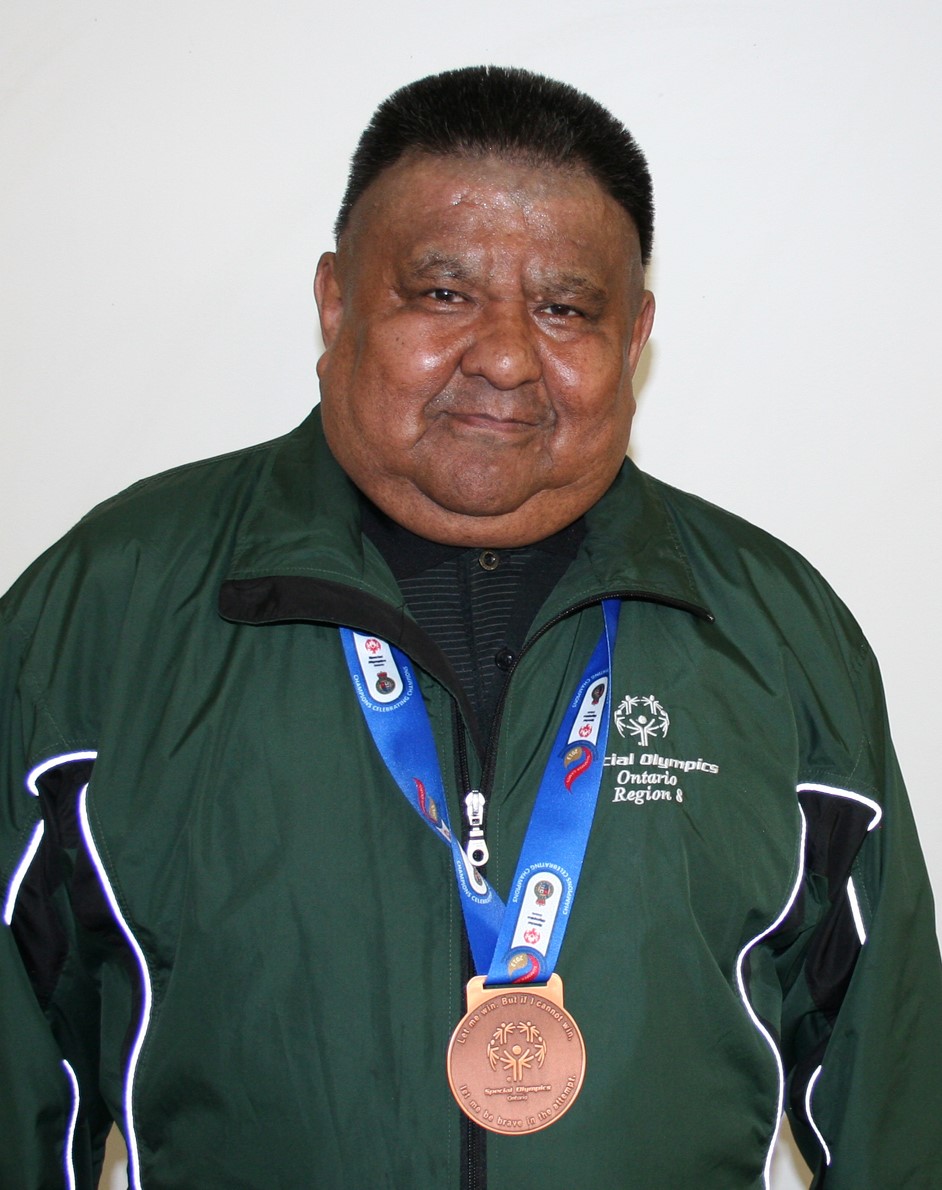 Danny Smith had a distinguished 21 year career as an athlete in Special Olympics from 1991 – 2012. He competed in a variety of sports, including: baseball, track & field, curling, cross-country skiing, floor hockey, 10 pin bowling, 5 pin bowling and swimming. Danny held many accomplishments in these sports, often winning his events as a Gold, Silver, or Bronze medal winner, as well as distinctive awards such as Athlete of the Year. He was also chosen as captain of many teams because of his leadership and team-building qualities. He competed both regionally in Kenora and Thunder Bay; as well as provincially in London, Chatham, Windsor, Hamilton and Sudbury; and nationally in Calgary and Winnipeg.