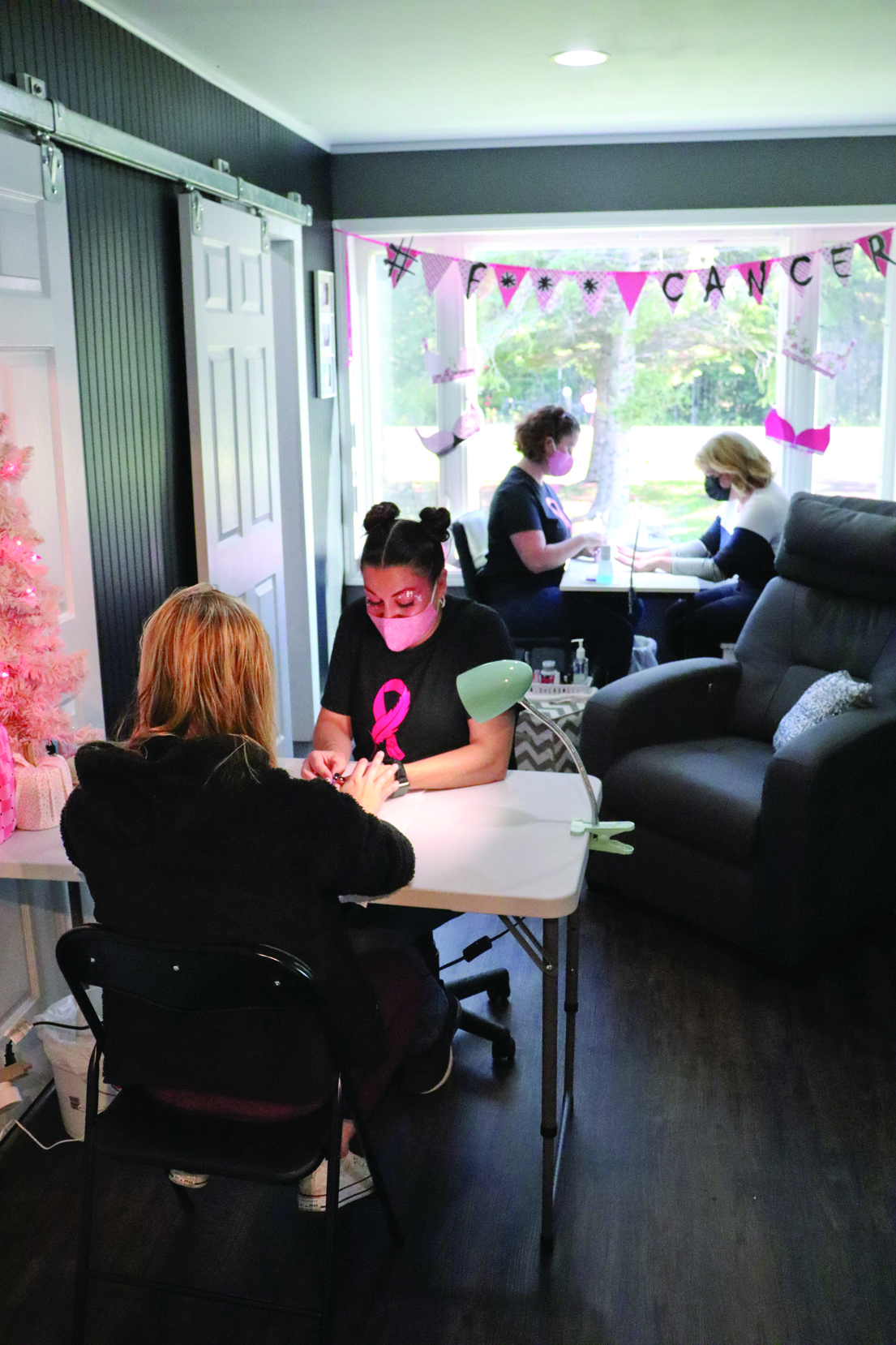 A local team of estheticians recently put on a special event to help raise money in the fight against breast cancer.

Chantelle Spuzak of Chantelle’s Esthetic Services her private studio, held a “Pretty in Pink” fundraiser event on Saturday, October 16 to raise money to support breast cancer research and support survivors. Throughout the day, Spuzak and her team of estheticians provided mini shellac manicures to clients, with the entirety of the proceeds going towards breast cancer research. Each session was $25 and Spuzak noted that each of the 15 slots available between 9:00 a.m. and 2:00 p.m. that day were completely filled.

For the uninitiated, the procedure that each client received that day went like this: first, any existing nail polish was removed, and then the nail was filed and buffed before a shellac polish was applied. According to Spuzak, the shellac polish doesn’t chip, crack or peel, and lasts roughly two weeks. Each client was encouraged, but not required, to get pink nail polish applied to highlight the theme of supporting breast cancer research.

Spuzak noted that she has been organizing similar events in years past both as a private business and in her capacity as an instructor for the Esthetics program at Seven Generations Education Institute (SGEI) in order to help support the important research into breast cancer.

“I’ve been in business for 22 years, and I’ve always done something in the month of October for breast cancer awareness,” Spuzak said.

“Whether it’s a donation or having people come get a manicure massage, I’ve always done that. I just thought I’d do it at my salon this year.”

Adding to the event this year are Spuzak’s employees, Amanda Gruttner and Brittany Strachan, both former students of, and graduates from, the SGEI program under Spuzak whom she said jumped at the idea to hold a fundraiser event.

“I wanted to say thanks to Amanda and Brittany,” she said.

“They graduated the program last year in August and I hired them on here, so I’m super proud they also wanted to donate and be a part of this with me. It’s been awesome having them here.”

The drive to hold these fundraiser events year after year comes from Spuzak’s own experiences with cancer, particularly in how it has touched people in her life.

“I have a lot of family members and friends who have had breast cancer scares and treatment,” she explained.

“I, myself, lost my dad to cancer, though not breast cancer, so it’s always been a cause I love to support. It’s always been in our family, my mom would make a blanket and donate it to the cancer society for people who need it.”

While the breast cancer event Spuzak puts on each year is traditionally limited to October, anyone who missed out this year might find it worthwhile to follow Spuzak’s business on Facebook, Chantelle’s Esthetic Services, as there is the chance for more events for other causes in the future.

“We’re probably going to be doing something once a month for some cause,” Spuzak said.