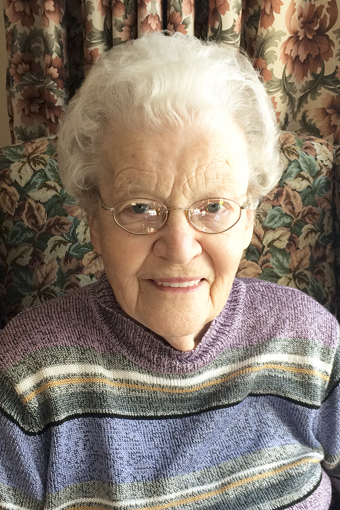 It is with deep sadness that we announce the peaceful passing of our beloved mother Vera at the age of 93. After marrying Percy, Vera moved to Rainy River in the early 1950’s, and they worked hard to raise their seven children. She worked at the Town Office, the CIBC Bank, and the Insurance Office. She enjoyed curling, playing cards, time at the cabin, and most of all, time spent with their family. She was a member of St. James Anglican Church and of the Order of Eastern Star. A few years after Percy retired, they moved to Winnipeg to be closer to family. After Percy passed away, she enjoyed travelling and visiting with her sisters and keeping up with all the activities of her extended family.