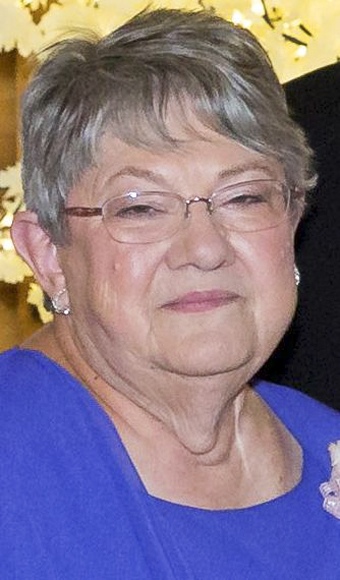 On March 13, 1944 Sharon was born in Hutchinson, Minnesota to Ralph and Lucile Wagner. She was raised on a farm outside of town. Being an active farm girl, she helped out on the farm by becoming skilled at baking, developing a love of it, and also raising chickens, although she didn’t love them as much. Her skill of raising chickens won her 4-H awards and earned her a trip to the State Fair, and the proceeds from egg sales paid for her way through college.

After high school Sharon moved to Minneapolis where she attended Augsburg College. While there she began work at the Metropolitan Opera, where she worked for several years. Sharon had many fond memories of her time there.

In 1971 she married Paul Johnson at St Paul’s Lutheran Church in Stewart, Minnesota, and then moved to Atikokan. After her two children were in school, she re-entered the work force where she worked at several places before Atikokan Forest Products, where she remained until she retired. Throughout her life, Sharon enjoyed many things including baking, knitting, cross-stitch, reading and curling, and staying in touch with family in the States and elsewhere.

Sharon was preceded in death by her husband Paul (on November 4, 2020); and parents Ralph and Lucile. She is survived by her sons Jason Johnson of Atikokan, Justin (Sarah) Johnson of Thunder Bay; grandson Arion Galick of Thunder Bay; brother Larry (Colleen) Wagner of Hutchinson; and their children Aaron (Amy) Wagner of Maple Grove, Minn., Curt (Alicia) Wagner of Edina, Minn. and Kristin (Jeff) Geers of Hutchinson, and their families; and numerous aunts, uncles, cousins, nieces, nephews and friends, all of whom she cared deeply for.

Cremation has taken place. No service will be held at this time.

In memorial, donations may be made to the Atikokan General Hospital Foundation or the charity of your choice.