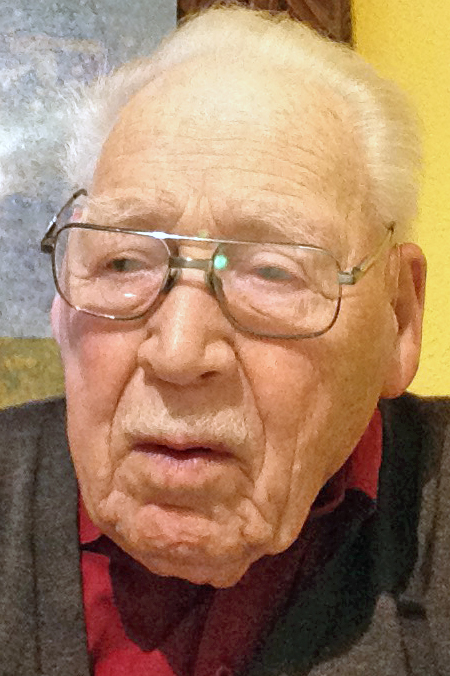 Samuel Harcus, 97, of Fort Frances, Ont., passed away suddenly on Friday, Jan. 25, 2019 at La Verendrye General Hospital in Fort Frances.
Sam was born on April 30, 1921 in Drumlithie, Scotland to Samuel and Johan Harcus. The family moved to Canada in 1926.
He was a veteran of WWII, serving overseas with the Canadian Air Force.
He was united in marriage to Josephine Goodman on Nov. 16, 1946. He worked as an electrical engineer before becoming the manager of the Public Utilities Commission in Fort Frances, retiring in 1986.
He leaves behind his children, Penny (Peter) Thackeray of Thompson, Man., Donald (Barbara) of Pocatello, Ohio, and Bruce of Winnipeg, Man.; grandchildren, Jennifer, Cameron, and Jerine Thackeray, Scott and Lindsey Harcus, and Sam and Madison Harcus, and their mother, Sharon; as well as numerous nieces and nephews.
Sam was predeceased by his parents, Samuel and Johan; and wife, Joey.
Cremation has taken place and a celebration of Sam’s life will be held in the spring.
If friends so desire, in memoriam donations may be made to the Knox United Church, the Fort Frances Curling Club, or the Borderland Orchestra c/o Green Funeral Home, P.O. Box 427, Fort Frances, Ont., P9A 3M8.
Online condolences may be offered at www.greenfuneralhomefortfrances.com