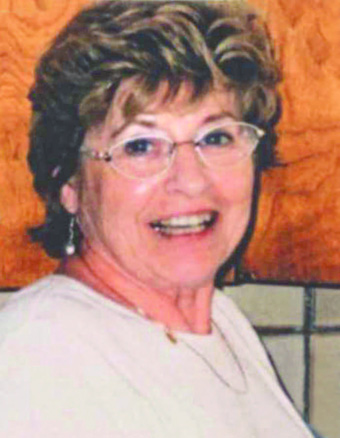 Rose Marie at 86 years young has left us to join Bob – by who she said was waiting for her. Following a lengthy stay in hospital she passed away on Wednesday, November 4, 2020.

Born Rose Marie Vaillancourt on March 22, 1931 in Morley Township (Stratton) she, along with three younger sisters was raised and educated in Fort Frances.

Marriage in 1954 resulted in a move to Thunder Bay. For over 50 years the house they built on Duke Street was their family home. Failing health prompted a move to P.R. Cook Apartments in September 2019. Being fiercely independent this was not an easy move for her. She did come to realize she needed some help and was very acceptant and appreciative of the support she received.

Rose was predeceased by her husband Bob in 2017; parents Maurice and Mary Vaillancourt; and sister Kathleen.

She is survived by her sisters Maureen Wilson (Jack – deceased) of Thunder Bay and Rochelle Duchnicki (Tom) of Fort Frances; as well as numerous cherished nieces and nephews on both sides of her family.

From early on in her 63 year marriage winters were spent in the southern states. For the last 30 years that meant stays at their condo in Scottsdale, Arizona. A place they called a second home. Along their travels they made many lifelong friends.

Rose was a fantastic cook and had many interests including knitting, calligraphy, gardening, painting, card making and many more. For years she attended workshops at the Quetico Centre on the various mediums.

She was a member of the Corpus Christi parish and the Catholic Women’s League.

As per her request, donations if desired can be made to St. Joseph’s Care Group or the Thunder Bay Regional Hospital.

A private celebration of life will be held at Corpus Christi Church with Father Victor DeGagne as celebrant. Cremation has taken place.

As directed by the Province of Ontario and the Bereavement Authority of Ontario, the attendance at the funeral is restricted to invite only and a record of attendance must be maintained. Wearing of masks or face coverings by everyone and maintaining social distancing is mandatory for those attending.

In every heart you touched
In every life you changed
In every thought you inspired
Your Love Lives on.

Online condolences may be made through www.nwfainc.com.