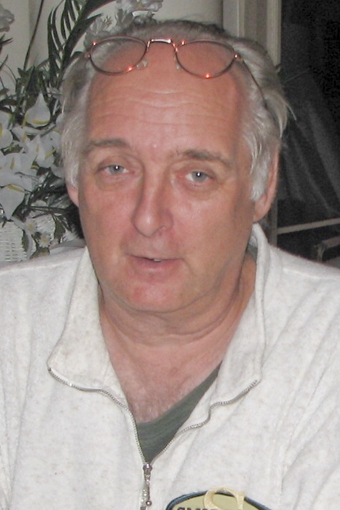 It is with a heavy heart that we announce the passing of Robert Logan Ewald in the early morning hours April 5, 2020.
Logan is survived his Father Bob; Son Yuri; Grandsons Owen, Luke, Jake; Daughter Brianna; Granddaughter Hollie; Siblings Linda (Luther), Connie, Carolynn (Leo), Kirby (Donna), Stacey (Dan); and Numerous Nieces and Nephews.
Logan was predeceased recently by his Mother Elsie on October 4, 2019.
Logan was born on September 3, 1951 in Toronto, Ontario to Bob &amp; Elsie Ewald, the eldest of 6 children. He loved growing up in the Rainy River area and could often be found at the farm in Barwick, Ontario with Olive Ewald. He was well known for being one to live by his own ideals, being industrious and never passing up on an opportunity to pull a prank or bend the rules.
Logan pursued several passions in his adult life, but in the end, he chose to follow in his father’s footsteps and made being a Conductor with Canadian National Railways his career. After retirement he would spend the summers in Canada and winters abroad in the Philippines. He owned several businesses domestic and abroad operating an apartment building, sharpening service, arcade, restaurant, carwash/laundromat, collections agency, aquaponics farming and money lending.
Logan suffered many unfortunate health issues in the last 15 months of his life including breaking his leg and both arms on his last visit to the Philippines, blood clots, a second break of the same leg and amputation of a portion of his dominant hand. However, through his ordeal he stayed remarkably strong and was making ambitious plans for his escape from hospital life. Unfortunately, he ended up succumbing peacefully in his sleep to sudden heart failure at Health Sciences Centre in Winnipeg, MB.
Cremation has taken place and a non-conformal celebration of life will take place at a later date. In lieu of donations to the church of B.A.F.L.E. (Beneficial Aid for Logan Ewald), please treat yourself to something nice for yourself and remember Logan fondly.
As Logan always enjoyed finishing up any of his letters and e-mails home, Remember to Smile.