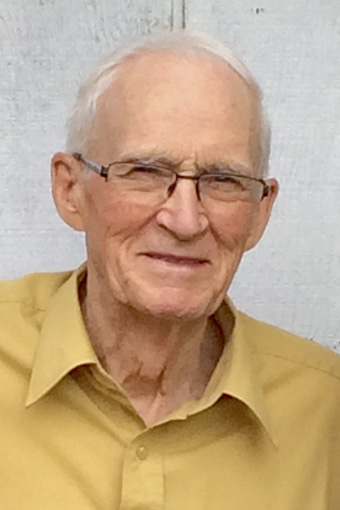 Ray Charles Mose was born on January 24, 1935 in Emo, Ontario to Ernie and Anna Mose. He passed away peacefully in his home with his family by his side on Monday, October 26.
He is survived by his wife Linda of 38 years; daughters Jana Waldner (Cliff) and Leah Mose-Simair (Chris); and three adoring grandchildren: Abby, Eden and Noah Waldner. He was the first born of five children and will be missed by his brothers Leslie (Rose), Wilbur (Helen), Marvin (Carla) and sister Janet Mose, brother-in-law Ken Haynes (Carol), sister-in-law Mae Scibetta and numerous nieces, nephews and cousins.
If you asked a hundred people who Ray Mose was, they’d all give you the same story. A kind, gentle, humble man who wore the nicest smile and a twinkle in his eye. He had a way of making everyone he met feel special. He could always be found not far from his brothers who knew just how to make him laugh. He was a man of few words, but when he spoke, he made them count.
In his younger years, Ray spent many of them welding and logging in the bush and before retirement, working for the Rainy River District School Board where the children loved Mr. Mose.
In his middle years, Ray found it more and more important to develop a rich, inner life. His faith was his priority. He spent six years in the ministry and later married his best friend in 1982, Linda Haynes— they were the perfect picture of love. Ray never regretted becoming a father late in his life and his two girls were the joy of his older years.
Just like he dealt with all experiences in life, Ray managed his illness with strength and grace and wanted to spend as much time with loved ones as possible. In his last days he was surrounded by love that cheered him home.
Funeral Service was held Friday, October 30, 2020 at 1100 AM from Northridge Funeral Home, Emo, with interment following in Emo Cemetery.
Due to Covid restrictions, service was by invitation only. Online condolences may be offered at www.northridgefuneralhome.com