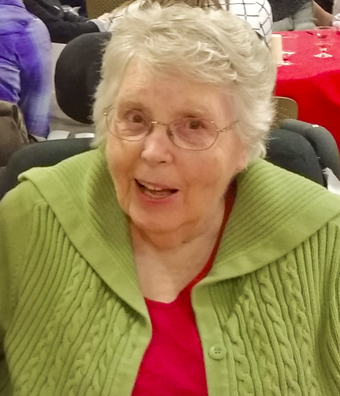 Norma, in her 92nd year, passed away peacefully at Fairmount Home, Kingston, Ontario. She was born in Sinclair, Manitoba to Hiram and Mabel Wilson and the family moved to the Rainy River District in Ontario when she was a small child. She spent her formative years on the family homestead in Fleming Township north of Emo. Norma was united in marriage with Arthur Pattison in 1955 and they lived and raised their family in Fort Frances. Norma moved to Kingston in 2016 to be close to family after Art’s passing.
Norma worked in the media during several periods in her life. Her first job was as a copy writer for CFOB in the 1950’s and later she was the Fort Frances correspondent for the Thunder Bay Times Journal. After moving to Kingston she continued to write for the Fairmount Grapevine newsletter.
Norma was a dedicated photographer, documenting family events as well as community events for her columns. In the mid 1970’s she resumed her long-interrupted high school education and proudly graduated from FFHS in 1978 along with her classmates who were decades her juniors.
Norma was predeceased by her husband Arthur James Pattison as well as her sister Raven and her brothers Douglas and George. She is lovingly remembered by her children Jim (Laureen) of Winnipeg and Larry (Colleen) of Amherstview and grandchildren Nadine and William.
Cremation has taken place and a graveside service followed by interment will be held at the Municipal Cemetery in Emo, Ont. at a later date.
Arrangements entrusted to the Gordon F. Tompkins Funeral Home, Township Chapel, Kingston.
If friends so desire, memorial donations could be made to the Recreation Fund at Fairmount Home or the Heart and Stroke Foundation.