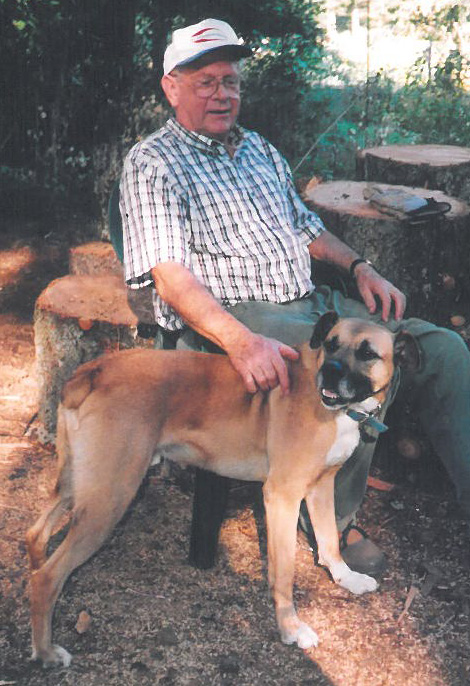 On June 5, 2019, Nick finished his earthly sojourn and went to live with his Heavenly Father forever.
Nick was born on July 6, 1926 in Tienhoven, The Netherlands, to Koenraad and Geertje Schryvershof.
Nick finished his elementary education during the first years of WWII. During the last years of the war he went “underground” in order to avoid deportation to Nazi labour camps.
In 1946, Nick was drafted into the Dutch army and deployed to Indonesia from 1946-1950–years that affected him for the rest of his life and made him the man he became.
When Nick shared stories about those years, he showed the true nature of his character.
He never spoke of his experience as if he were a soldier, but always as a compassionate man, a true testimony of his strength.
In 1958, Nick married Hilda Wieringa, and together they raised their four daughters. After living in Fort Frances for 40 years, they moved to Emo.
Nick loved gardening, reading, and travelling. Nick and Hilda visited Holland numerous times, as well as Germany, Belgium and Tunisia, North Africa.
His memory will forever be cherished by his wife, Hilda, of 60 years; their children, Tina and Max (Hamilton, Mont.), Connie and Russ (Nampa, Idaho), Wendy and Peter (Morson, Ont.), and Jennifer and Derek (Parkland County, Alta.) and their grandchildren, Jessica, Rebecca and Johannes, Peter and Emily, Connor, Tia, Annika, Cody and Aleesha, Tanner and Jaclynn, Parker, Hilary, Kaitlyn.
Nick is also survived by one sister, Alie; numerous in-laws and nieces and nephews in the Netherlands and in Canada; by his in-laws, Hilke and Alice Wieringa of Brampton, Ont., and Dr. Lloyd and Geke Wieringa of Markdale, Ont.; and special nephew, Gerald Wieringa of Emo, Ont.; as well as other nieces and nephews in Canada and United States.
Nick was predeceased by his parents, one brother and one sister.
A celebration of Nick’s life will be held on Wednesday, June 12, 2019 at 7 p.m. at the Christian Reformed Church, Emo, Ontario.
If desired, donations may be made in memory of Nick to the Ladies Auxiliary of Emo Hospital, Emo, Ontario, c/o Northridge Funeral Home, Box 89, Emo, On, P0W 1E0.