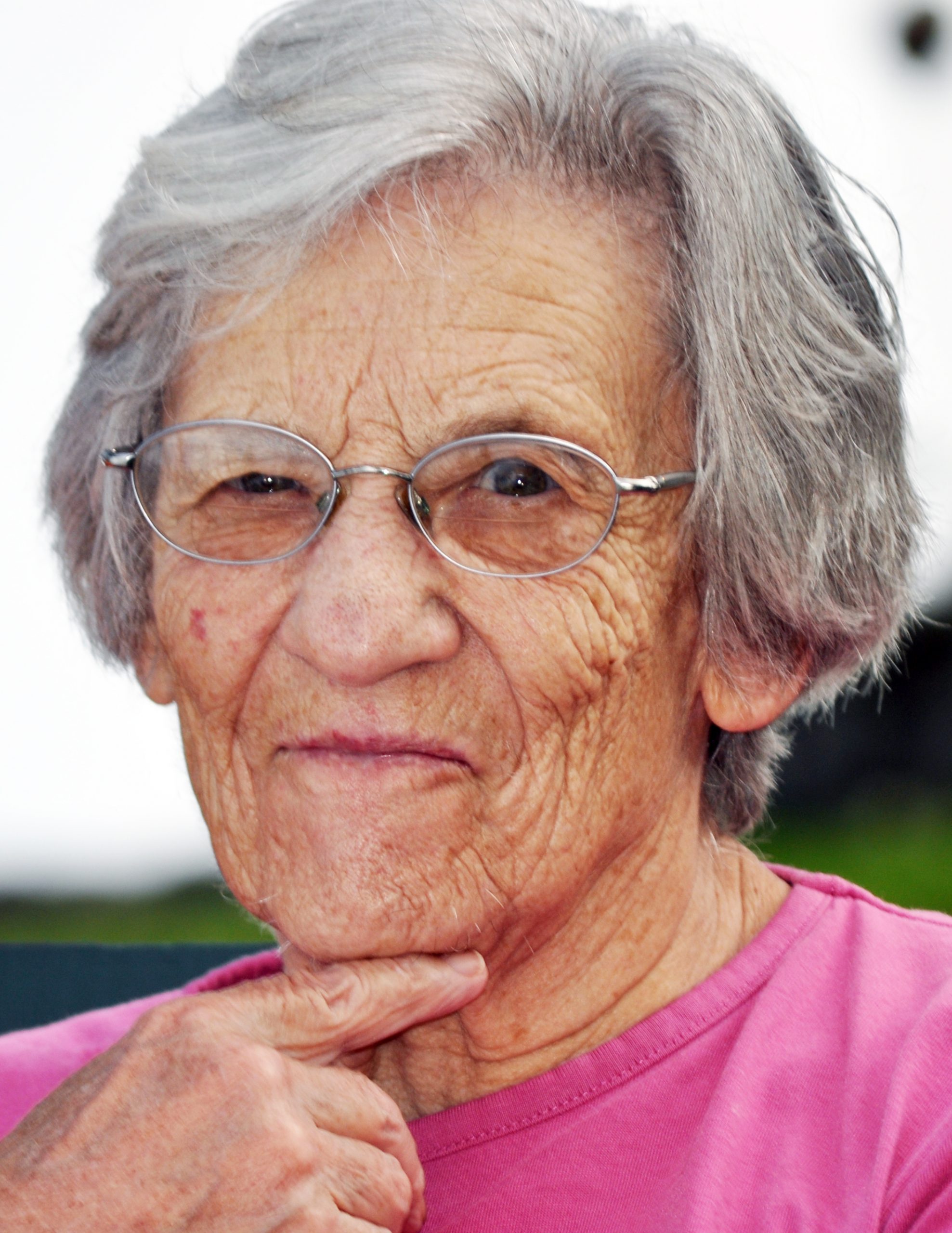 It is with great sadness that we announce the passing of Meryle Ogden, who passed away peacefully, with family by her side, at her residence at Rainycrest Long-Term Care in Fort Frances, Ont.
Meryle was born Feb. 19, 1922 to the late Charles and Nettie Strachan. She was the fifth child and only daughter of the family.
Meryle and her brothers were raised on the family farm in a beautiful brick home in Box Alder, Ont.
On Nov. 19, 1940, Meryle married Ed Ogden. Shortly after getting married, they welcomed their first child, Darlene, in 1941.
Ed’s enlistment into the army had Meryle and Darlene live on the family farm with Meryle’s parents for the duration of his years of service.
Upon Ed’s return, they purchased property at 129 Sixth St. W., where they built their family home. Their family grew with the addition of their children as they welcomed Gary in 1945, Sandi in 1951, and Stancey in 1953.
Meryle and Ed had their home in Fort Frances, but they also had their cabin at Lake Despair. In 1969, Ed purchased the island property and it was the gathering place for family and friends from that point on.
They broke ice to arrive at the cabin in the spring, and broke ice as they were forced to leave the lake in the fall.
They made amazing friendships through the years at Lake Despair, many of them lasting a lifetime. Their days were filled enjoying cabin life and all the tasks that it entailed.
Meryle was a home-maker throughout the majority of her life, taking great care of her husband and family. She took pride in raising her children, as well as watching her grandchildren and great-grandchildren grow.
She was best known for her bread-making, and known for having a green thumb for her flower gardening at home and the lake.
In her younger days, Meryle was a great athlete. She grew up playing sports with her brothers, and that later transferred into success with baseball, bowling, and curling.
Meryle also was talented as a knitter, making many sweaters, mittens, and slippers for all her family. Her talent for knitting has left many treasures within our closets.
Meryle is survived by her children, Darlene (Bruno), Sandi (Ron), and Stancey (Robbie); and daughter-in-law, Mary (Michael, Tammy, Shane and Kyle).
She also is survived by her grandchildren and great-grandchildren, Guy (Mylene, Jacob, and Adam), Marc (Shelia), Karen (Mike), Leroy (Melanie, Karrah, Kassidy, and Brett), Kristine (Katilyn), Melissa (Kim), Dana (Piper and Blaire), Heather (Grant), Scott (Renee), Stancey (Dee, Maiya, Liam, and Norah), and Mandi (Jon).
Meryle was predeceased by her husband, Ed; son, Gary; granddaughter, Denise; and son-in-law, Ray Lefebvre.
Funeral services will be held Monday, Oct. 3, 2016 at 11 a.m. at Green’s Funeral Home in Fort Frances.
Online condolences may be offered at www.dignitymemorial.ca/green-funeral-home-fort-frances