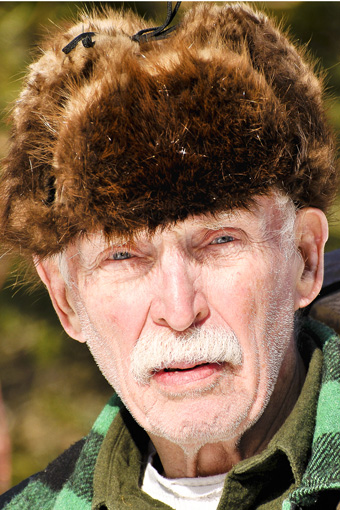 On an evening breeze, Max Clement portaged from this world leaving but a ripple on the waters edge.
Max was a man’s man. He walked his own path, paddled his own canoe, and left a legacy beyond measure. He was often heard saying he had lived three lifetimes, and that he wanted to wear out, not rust out. True to his word, Max lived in his home until the last few weeks when he passed away peacefully in his sleep at the Atikokan General Hospital on April 11, 2020.
Max was born April 2, 1926 in the Four Pines cabin on the homestead at North Branch, ON in the Rainy River District to Albert A. and Estha (Neilson) Clement.
Max is survived by his sister Maxine Werner, his children Wray (Marylynn), Albert (Karen), Susan (Wes Werbowy) and Kristina Fulton (David); grandkids Brent Clement, Sarah Leduchowski (Derek), Ashley Clement (Jordan Howard), Alexandra Clement (Todd Gagnon), Adam Clement, Katrina Fulton (Chris Gouliquer), Gregory Fulton and Maxwell Fulton (Megan Brooks); great-grandchildren Emma Louise Gouliquer and Leoric Leduchowski; and many nieces and nephews.
Predeceased by his wife Louise; his parents; brother Don (Eunice); sister Marg Advent (John); and brother-in-law Horst Werner; brothers-in-law Albert Wray (Bunny), Jack Wray (Marge), Dave Wray (Doris), Wally Wray (Irene), Don Wray and Robert Wray.
Max lived a life of adventure. He began his working career as a trapper and guide. As a very young man in 1940, he heard of a job on the log drive in what we now call Quetico Park for J.A. Mathieu Logging Co. This was the beginning of his career as a lumberjack. He did everything from running boom timber to rearing wood, danced upon the logs in his cork boots and worked his way up to a Gator Captain. He cut and hauled timber with a team of horses and eventually owned his own truck to haul the wood out. He was at one time the youngest foreman at the lumber camp and was also on the last drive in Quetico. This career was bone breaking work, hair raising at times but one that Max so fondly remembered. He had many careers in his lifetime, but in his heart his first and last was as a Trapper.
Max joined the service as a Royal Canadian Artillery Gunner in Shilo, Manitoba. He was sent to Southern Ontario for training as a diesel mechanic for tanks at the General Motors company in Hamilton, ON. He was in holding for 2-3 days for deployment overseas when he was notified that the war was over. When he was at Shilo he was introduced to boxing and held the middle weight title at both Shilo and Borden bases.
His life would take him along many paths. He worked as a taxi/bus driver during the early years of the mines. He also owned the Husky Gas Station at the end of Main Street. He then went to work for Caland Ore Co. as the Lead Light Fleet Mechanic. When he finished his last shift in 1980, he arrived home to his phone ringing and a job offer to be the Fire Chief for the Ontario Hydro Construction Group while they were building the Generating Station.
Max was a very community-minded person and liked to share his passions with others. He was a founding member of the Atikokan Sportmen’s Conservation Club, the Handgun Club, and the Atikokan Trapper’s Council. He helped organize the Search and Rescue group, was a Legion member for 68 years, and was a Volunteer Firefighter, retiring as a Captain with over 20 years of service.
A very memorable time in Max’s life was being part of the support team for Tom Hainey’s Cross Quetico Memorial Swim. A lifelong bond of friendship with Tom and many others on the trip was something Max always treasured.
Max was a natural athlete and excelled at many sports. He played to win, was humble in victory, and gracious in defeat. He always played by the rules. He formed the Border Boxing Club and recruited fighters from across the district. Max was undefeated throughout his entire boxing career until he retired in 1957. He earned the Dominion Gold Expert Shield and the Winchester Western Gold Award in Handgun Marksmanship. He loved throwing horseshoes, and often wired his shoes closed to give competitors a sporting chance. He golfed until the age of 93 with (2) holes in one under his belt. He bowled off and on throughout the years, and was an avid curler. Paddling and racing canoes was another passion, highlighted by the Ely – Atikokan canoe race.
He was a poet inspired by Robert Service. While he was in the service, he would send home poems to his parents, where his mother would have them published in the local paper. The verses spoke often of his yearning to be back on the land and live the life that’s free.
He was an inventor. One of his most memorable inventions was a snow machine fondly remembered as the Wampus Cat with a four speed Volkswagen Beetle engine. It had an electric start and reverse. However, it had no brakes, so you had to downshift to stop.
Trapping, hunting and fishing were activities throughout his 94 years that he shared with his family and friends.
Max’s life was long and well lived; not a moment was wasted. His greatest joy and achievement was his family, who all carry great memories, life lessons and words of wisdom as they carry forth on their own journey. We can only hope to accomplish half of what he did, as he left a high watermark that few will achieve.
A celebration of Max’s life will be held at a later date. If you wish to honour Max’s memory, the family would ask that you support the Atikokan General Hospital, the Royal Canadian Legion or the Atikokan Sportsmen’s Conservation Club.
“May the wind be at your back and a crust supporting the snow and nature singing to you, on the trails you choose to go.”