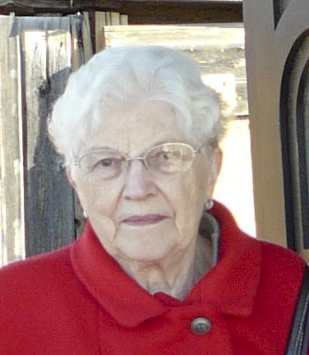 Mary McKelvie was born May 3, 1928 in LaVallee, Ontario to Thomas and
Mary Yurchuk (Hemelyuk).
Following her education she moved to Fort Frances where she lived with her sister Dora’s family and went to secretarial school. She worked in the paper mill office where she met her husband Robert McKelvie (Bob). They were married on July 12, 1952 and had two daughters Brenda and Maureen.
In 1961 they purchased land on River Road and built a lovely home. Those years were spent enjoying the wonderful company of family and friends at their farm. In 1968 they were transferred with Boise Cascade to Portland, Oregon. The move brought many new and exciting experiences and adventures for the entire family. Memorable outings were enjoyed at the beach and camping. Mary returned to work after the girls grew older, but her first priority was always caring for her family. She was highly conscientious and her employers knew she was a prized employee. After living in Boise, Idaho for a few years, Mary and Bob retired and built a home in the gorgeous rural community of Ridgefield, Washington north of Portland, Oregon.
Mary enjoyed their large yard filled with greenery, flowers, a lovely waterfall and incredible views of two snowcapped mountains. They enjoyed traveling in England and quickly became fond of cruising, including north to Alaska and south to the Caribbean and Panama Canal. She had moved to Tucson, Arizona a year ago to be closer to her two daughters.
Mary was an animal lover, having several cats all very dear to her. She enjoyed politics and was deeply concerned about the direction her adopted country was heading, but always was a Canadian at heart. Mary was a fantastic cook! Her family enjoyed visits with mom and dad because they knew they were going to be treated to their favourites. Mary was a peacemaker.
Mary is predeceased by her husband of 62 years Robert; her sisters Katie Fedoruk, Anne Gunderson, Dora Belluz and Lena Yurchuk. She is survived by her two daughters Brenda McKelvie (Dennis Grannen) of Las Vegas, Nevada and Maureen Thompson (Bruce) of Tucson, Arizona.
Memories may be shared online at www.dignitymemorial.com.
“For God so loved the world that he gave his one and only Son, that whoever believes in him shall not perish but have eternal life.” John 3:16