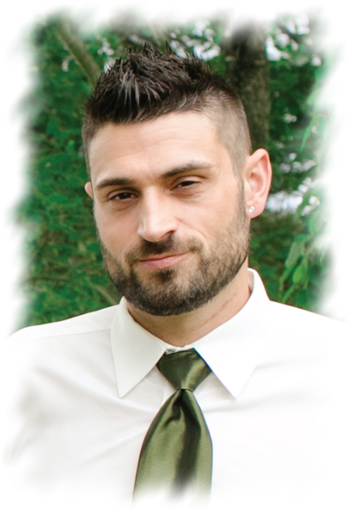 Our hearts are broken and our lives were forever changed by the unexpected loss of our beloved Mark Stephen Buist on May 2, 2020 in Winnipeg, MB.

Mark was born February 3, 1986 in CFB Cold Lake, AB to mother Myrna Kraynyk and father Dr. Nigel Buist and big brother Chad Buist. At 10 months old he moved to Fort Frances with Mom and Chad where he spent the next 18 years. Baba and Geda were a big part of his life the first six years living across the road on Fifth St. E. Winters would frequently find him at the local arena watching his brother play hockey and as he grew he followed in Chad’s footsteps becoming a goalie and playing AA hockey. He adored his big brother. Summers were filled with camping and fishing in northwestern Ontario, hockey goalie camps and visits to his Dad in North Carolina. Other athletic interests included FFHS Muskie football and basketball as well as judo. He was intelligent – always helping friends with math or science and enjoyed a good game of chess.In 1997 he became part of the ‘Brady Bunch’ when Mom married Rick Cooper. The family with Chad, Christopher and Jennifer instantly grew. There were some significant party scenes on Daniel Avenue when each came of age – Mark included!
Mark moved to Winnipeg when he was 19 to attend U of M. His first year he was diagnosed with Hodgkins Lymphoma which made him a cancer survivor but impacted his dream of becoming an architect. Remaining in Winnipeg for treatment, he was blessed to meet his best friend for the next 14 years of his life, Kelsey McCall. He gifted her with a new shared rescue cat then a puppy, Oakley, six years ago who remains with Kelsey. Kelsey was always there for him through all of life’s ups and downs. Mark had a huge heart for animals, rescuing and adopting a few. He also had a soft spot for children with challenges. He would volunteer for autism fundraisers and happily throw a football or dunk a basketball with a young kid in need of support. Vickie Kennedy and daughters Lisa and Jana were his second family in Winnipeg with their home lovingly open.
Mark began working in construction in Winnipeg showcasing his talent and artistic ability in all areas of building from tiling and construction to erecting many homes. He eventually established his own contracting business called ‘Just ReMarkable General Contracting’. He helped build his Mom’s horse barn and renovate her horse trailer and built a storage building and doghouse for his brother, did flooring for Kelsey and tiling for Godmother Vickie. It was one way he showed his love and kind heart to those close to him. He had our backs in so many ways. We will always treasure him and our fond memories of him, but will miss him greatly.
Surviving are his mother Myrna Kraynyk-Cooper (stepdad Rick Cooper), father Dr. Nigel Buist (North Carolina), brother Chad Buist (Joelle), step-sister Jennifer Berti (Matt), step-brother Chris Cooper in Texas (Claire), nieces and nephews Jersy Buist, Coralina, Brooks and Beckham Berti, Caleb and Colton Cooper, Aunt Bev Vanderklok (Gerrit), Uncles Clive Buist (Sue), and Dennis Kraynyk, cousins Tammy Davies, Jason Kraynyk, Jason Dyck, Marina Dyck-Hildebrant, Ryan Dyck, Candace Buist-Adams, Todd Buist and Darren Buist.
His family in heaven are Baba Sophie and Geda Steve Kraynyk, Nana Maisie and Papa Ian Buist and cousin Kevin.
A celebration of life with close family and friends will be held later.In memory of Mark, please consider adopting a rescue pet or donating to a rescue centre or a Humane Society.