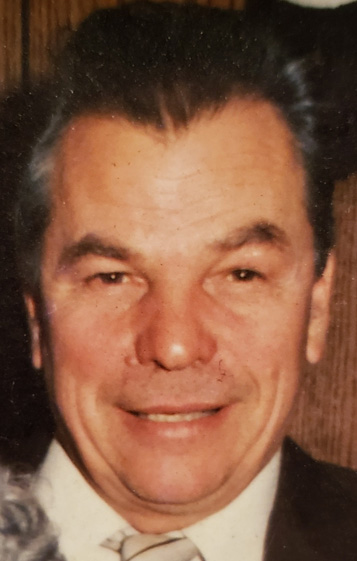 It is with deep sadness we announce the passing of Lloyd Gilbert Hoffman, 89, of Fort Frances, Ont. on Saturday, Nov. 2, 2019. Lloyd was born in Rainy River, Ont. on Jan. 11, 1930.
Lloyd leaves behind his wife of 64 years, Arlene; one daughter, Shelley (Scott); and a daughter-in-law, Dianne.
Also surviving are his grandchildren, Trevor (Maryse) Wolff of St. Amable, Que., Scott (Amy) Hoffman of Murillo, Ont., Katrina Wolff of Cedar Rapids, Iowa, and Kristopher (Tori) Howell of Iowa City, Iowa; and great-grandchildren, Elliott Wolff, Adeline Hoffman and Aiden Howell.
He also leaves behind several nieces and nephews.
Lloyd was predeceased by his son, Douglas; his parents, Carrie and Reginald Hoffman; and by his five siblings, Clarence (Ada), Ken (Hilda), Ivor (Anne), Dorothy (Ray) Culp and Violet (Matt) Firmenich.
Lloyd was an adventurous entrepreneur. He started Hoffman’s Body Shop in Fort Frances as a young man where he was known to take half of one car, attach it to half of another car and call it the family automobile.
He was well known to be able to weld anything and kept that skill in his back pocket for many years as he pursued other endeavors.
Lloyd then bought his dream property and built his home on Rainy Lake.
He started a sawmill business, Tug and Twist Timber, and enjoyed being a sawyer for several years.
He got his pilot’s license and bought a small plane so he could get into the little lakes and enjoy the best fishing spots. He would treat his companions to a wonderful shore lunch of fresh walleye.
He started yet another business–Hoffman’s Harbour.
Lloyd eventually ended up at the local paper mill where he worked for many years as a welder. He retired from the mill then enjoyed life on the lake.
Throughout his life he enjoyed playing tennis and chess. He enjoyed family gatherings, boating, houseboating and fishing.
Lloyd requested no funeral. If friends so desire donations may be made to the Heart and Stroke Foundation or the Riverside Health Care Foundation in care of Green Funeral Home, Box 427, Fort Frances, ON.
Online condolences may be made in care of www.greenfuneralhomefortfrances.com.