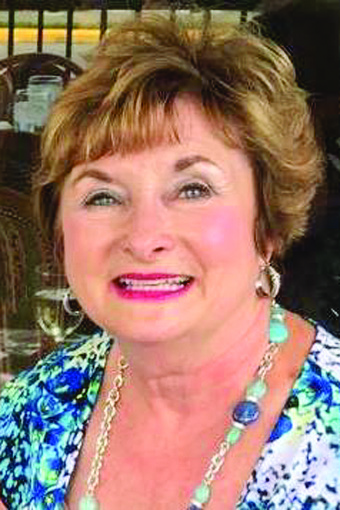 Linda LaFrance, 80, died peacefully Monday, October 19, 2020, at Baptist Health Louisville in Louisville, KY. She was born September 4, 1940 in Fort Frances, ON and lived most of her adult life in Minneapolis, MN. She moved to Louisville to be closer to her family after retiring as the Administrative Assistant to the Bloomington Chief of Police in 2007.
Linda graduated from Fort Frances High School in 1957 and Success Commercial College in 1958. She worked as a flight attendant for West Coast Airlines while living in Seattle, WA before marrying her high school sweetheart in 1962. They spent two winters in Klagenfurt, Austria where her husband played hockey and then moved to the Minneapolis area in 1966 to raise their children. After moving to Louisville, she became an active member of Harvey Browne Presbyterian Church and The Derby City Newcomers and Neighbors Club. She had a particular love of her three cats and her cabin on Rainy Lake in Ontario where she spent many of her summers.
Linda was preceded in death by her parents, William and Frances Carnahan Shelfantook and brother, William Shelfantook Jr.. She is survived by her husband of 58 years, Guy LaFrance; her two children, Lisa McGee (John Salzman) of Louisville and Kevin LaFrance (Jannaya) of Kennesaw, GA; five grandchildren, Kelly and Molly McGee, Corbin, Katelyn, and Cameryn LaFrance; her brother, Lynn Prior (Linda) of Newmarket, ON; as well as numerous other relatives and countless friends.
Due to COVID-19, the family will be hosting a private funeral service and celebration of life. For those who cannot attend, the service will be available to stream via Zoom (https://us02web.zoom.us/j/85749055961, meeting ID 857 4905 5961) on Thursday, October 22 at 1 pm EST. Linda’s ashes will be interred beside her mother’s in Fort Frances. In lieu of flowers, memorials can be made to the National Pancreatic Cancer Foundation or Harvey Browne Presbyterian Church.