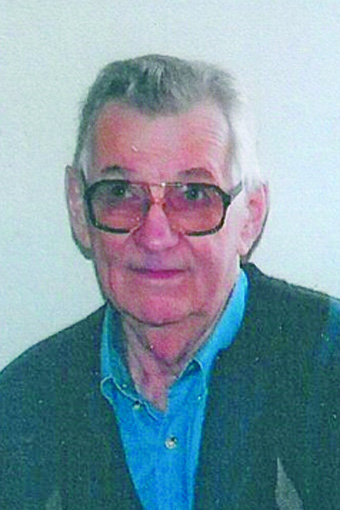 John Elvin Laevens was born in Kamsack, Saskatchewan on May 29, 1929. His parents, Desiré and Agnes Laevens also had two other children, son Leslie and daughter Lorna. John joined the CNR as a telegraph operator there at age 18.
John married Rosemary Shields in 1950 and they went on the grand adventure of life, having four children, eight grandchildren, extended family and friends. In 1953 John accepted a position as a telegraph operator in Rainy River, Ontario. In 1961, when the international bridge was built over the Rainy River to Baudette, Minn., he joined Canada Immigration at the office in Rainy. The family moved to Thunder Bay in 1976. After serving as a Senior Immigration Officer in Thunder Bay, in 1988 he retired to the house he started to build in 1961 on the shore of Lake of the Woods at Morson, Ont. Retirement brought new enjoyments, such as living at the lake and spending sixteen winters at Weslaco, Texas.
John and Rosemary enjoyed travelling in Canada, the United States, Mexico, Hawaii, New Zealand and of course to Australia to visit his daughter Cynthia and family in Melbourne. While performing his duties as an immigration officer, John also travelled to the U.S.A., England and Germany.
John built most of the house at the lake himself and many of the furnishings as well. He became an Amateur Radio operator in 1980. He loved hunting, fishing and boating at the lake. In his younger days he played hockey as a goalie and he loved curling as well. He was a member of the Masonic Lodge 461, Royal Canadian Legion Branch 54 and The Lakehead Amateur Radio Club.

John is survived by his loving wife of seventy years Thora Rosemary Laevens; daughters Donna Laevens-Van West (John), Brampton, Ont., Cynthia Hughes (Geoffrey), Melbourne, Australia, Irene McTavish (Bruce), Fort Saskatchewan, Alta. and son Stan, Red Lake, Ont. He is also survived by grandchildren Madison Van West; Laura, Amanda and Kimberly Hughes; Spencer and Ian McTavish; and Alexander Laevens. He is predeceased by his parents; brother Leslie and sister Lorna; and his grandson Adriaan Van West.
As per John’s wishes there will be no funeral service at this time. A private family gathering will take place at a later date. If desired, memorial donations may be made in John’s memory to the Royal Canadian Legion Branch 54 or the Rainy River Library, ℅ Northridge Funeral Home, PO Box 89 Emo ON P0W1E0.